FLINT, Mich. (FOX 2) - The same day that former Governor Rick Snyder was charged with two misdemeanor charges for his role in the Flint Water Crisis, the former mayor of Flint is claiming that he knew what was happening but had a big hand in helping cover up the poisoning of a major city.

Karen Weaver calls the two charges of willful neglect of duty a slap in the face to Flint and that the governor and his team ignored the residents' complaints.

The former mayor of Flint, Karen Weaver, calls the misdemeanor charges against former Gov. Rick Snyder a slap in the face to the residents of Flint.

"No one knew what was going on in Flint for 18 months, except the people in Flint."

Weaver worked closely with the governor and ran for mayor in November 2015 while talking about the crisis and how the state and Snyder were not helping.

She said the two charges, each a one-year misdemeanor and/or $1,000 fine is not fair to the city of Flint.

"That charge is really a slap in be face to the residents because he played a big hand in this and he knew. He knew. And there is evidence to show that he knew," Weaver said.

The former mayor isn't the only one from Flint who thinks Snyder should be held accountable.

"I think he should've served time along time ago- we're still living with this stuff," said Lori Franklin. 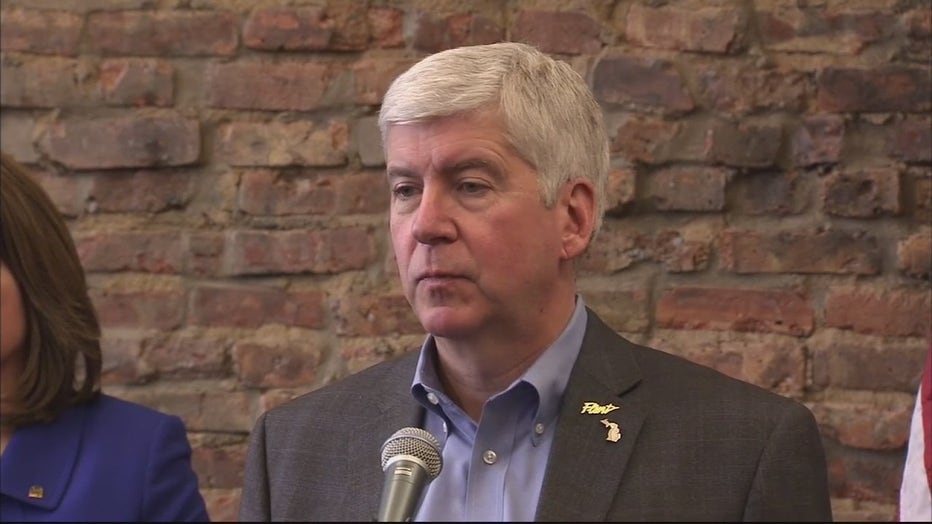 "Anytime that you sit and notice something, that's being wrong done to your city, and you take part in it, just like any other citizen, they get charged with they done wrong. It should be no different from him," said Mike Brown.

Weaver, who was not re-elected in 2019, goes even further and claims Snyder was at the top.

"For 18 months this was covered up...by a lot of people..You can't cover up poisoning a city and keeping it quiet for 18 months by yourself.  You can't do that. He and other people (were leading this coverup)," Weaver said.

The trial of Snyder is expected to be in Flint and made up of Flint residents, many of whom admitted they cannot be impartial.