LANSING, Mich. - A former Hazel Park police officer accused of embezzling tens of thousands of dollars has been charged by the attorney general with conducting a criminal enterprise. 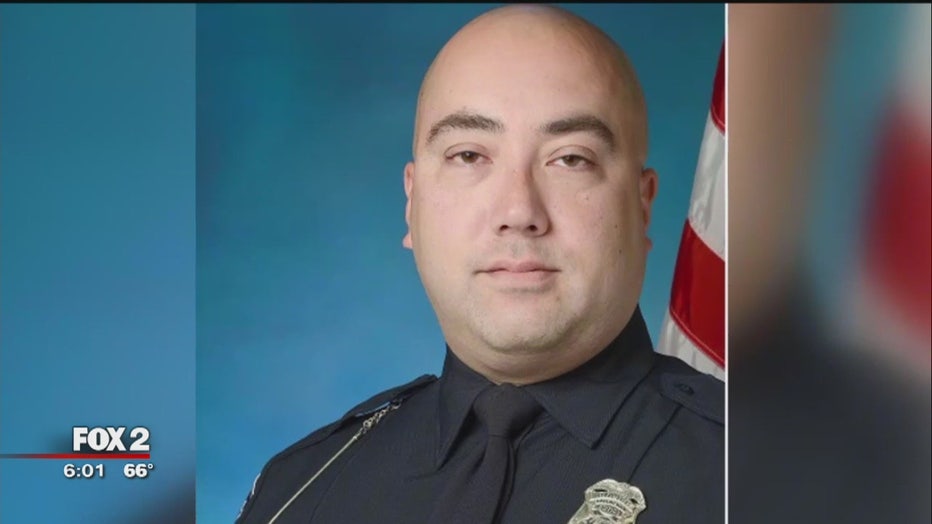 Sean Boucher, 45, of Warren faces several charges connected to embezzlement of public funds while working as a member of the Hazel Park Police Department.

Sean Boucher, 45, faces several decades in prison and more than $100,000 in fines after he allegedly stole more than $65,000 in public asset forfeiture funds.

Boucher, a resident of Warren, will be arraigned Thursday on several charges, including conducting a criminal enterprise, embezzlement of more than $50,000, and embezzlement while acting in the capacity of a public official.

A press release from the AG's office said Boucher turned himself into Michigan State Police on Wednesday at the agency's Oak Park post.

"Mr. Boucher allegedly stole from the city of Hazel Park and its citizens, depriving them of needed projects and public services," Timothy Waters, Special Agent in Charge of the FBI’s Detroit Field Office said in a statement. "Make no mistake, any public servant who exploits his position of trust to enrich himself will be held accountable."

He was originally placed on administrative leave in 2017 and was suspended a day later. On Sept. 15, he resigned from the department.

"We would like to thank the FBI Detroit Area Public Corruption Task Force for investigating these crimes," said Police Chief Brian Buchholz of the Hazel Park Police Department. "The residents of Hazel Park put their trust in the defendant to uphold the law, and that trust was broken. These charges should in no way be a reflection of the members of this department who serve this city with honor and integrity every day."

Boucher will be arraigned Thursday at 10 a.m. in Oakland County's 43rd District Court in Ferndale. The charges come with penalties that include: