The former home of civil rights activist Malcolm X will be transformed into a museum and community center.

DETROIT (FOX 2) - A house where Malcolm Little lived in Inkster before he was known by the world as Malcolm X will be preserved.

Related: Civil rights activist to be inducted into Michigan Women's Hall of Fame

A group called Project We Hope, Dream and Believe has fought for years to make the former home of the civil rights leader a landmark.

"It’s been 13 years of fighting," said Aaron Sims, the executive director of the organization. "We can say the fight is finally over to restore the Malcolm X house."

Those with Project Hope, Dream and Believe say that the house on Williams Street is where it all began for the activist in early 1952. 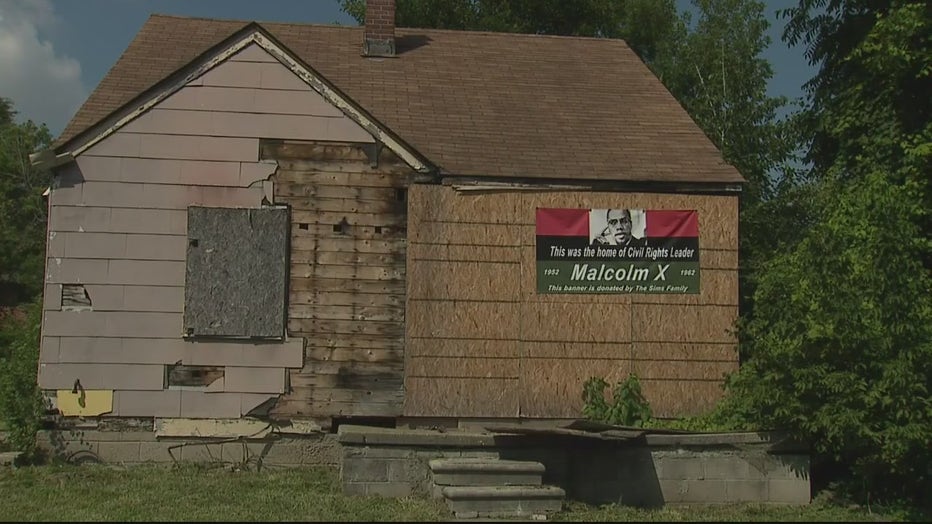 "We didn’t know the house still existed or not so we pulled up the FBI file and in the FBI file it said, 'Malcolm Little, 4336 William St.," Sims said.

After the group confirmed it was his house, they were motivated to bring new life to it.

"We want to also thank the National Park Service and we want to thank the Historical Preservation Fund for providing us with a $380,850 grant to preserve, renovate, and transition the former home that Malcolm lived in into a museum dedicated to his life and contributions," said Dr. Tareq Ramadan, the research manager and grant writer for Project We Hope, Dream and Believe.

Because Malcolm X was an advocate for empowerment, the organization believes the renovation should also include a space that helps to empower others. There will be a community center and garden.

Work is expected to be completed in 2023.