The non-profit focuses on transforming your mind - students take classes in critical thinking, conflict resolution, and mediation training. Founder Tom Adams says for 25 years, Chance For Life has been changing lives in several prisons throughout the state.

DETROIT (FOX 2) - Orlando Flowers has been on the job with Walbridge for three years - the century-old construction company in Detroit has the motto - "Built for good."

"I know you're not supposed to say this - but I love my job," he said.

It is a job - he never thought he'd have. In the late 1990s he and his friends were involved in a murder - and sentenced to life in prison.

"I blamed everyone instead of just looking at myself," he said. "I decided that it needs to be a change."

That change came through a program in the prisons called Chance For Life.

The non-profit focuses on transforming your mind - students take classes in critical thinking, conflict resolution, and mediation training. Founder Tom Adams says for 25 years, Chance For Life has been changing lives in several prisons throughout the state.

Chance For Life graduates like Orlando Flowers have gone on to great things.

"Now I'm being transitioned into an assistant superintendent, and that is awesome - that is really awesome - that this company, trusts me enough to have me run million-dollar jobs," Flowers said.

But for Walbridge - hiring returning citizens from the Chance For Life program - is something they will do again.

"I think that anybody who is afforded this opportunity to participate in the program - knows that it's the right thing to do, and sometimes it's just that simple," said John Rakolta, president of Walbridge.

"It felt right - and I'm so glad that we did," said Ross Linton, group vice president, Walbridge.

"They've earned it - they've worked through the hard steps - they deserve that opportunity no different than anybody else," said Eric Ozog, assistant VP of operations, Walbridge.

It is an opportunity that Rodney Smith is grateful for as well. A former drug dealer, he was sentenced to life in prison more than 30 years ago after shooting a man who tried to rob him at gunpoint.

This Chance For Life graduate turned his life around as well, and has worked at Walbridge for the past four years.

"I was out here in the streets - selling dope - destroying the city, playing a part in it," Smith said. "Now I'm here helping, doing the rebuilding part of the city."

And rebuilding his own life along the way - embracing the change - that Chance For Life has given to so many.

"Change is necessary - you have to make a change - you have to be open to change - and the biggest obstacle in change is yourself," Smith said. "It's work, but it's worth it."

Chance For Life is having a fundraiser Thursday night. To learn more, to donate, or to get help - visit chanceforlifeonline.org 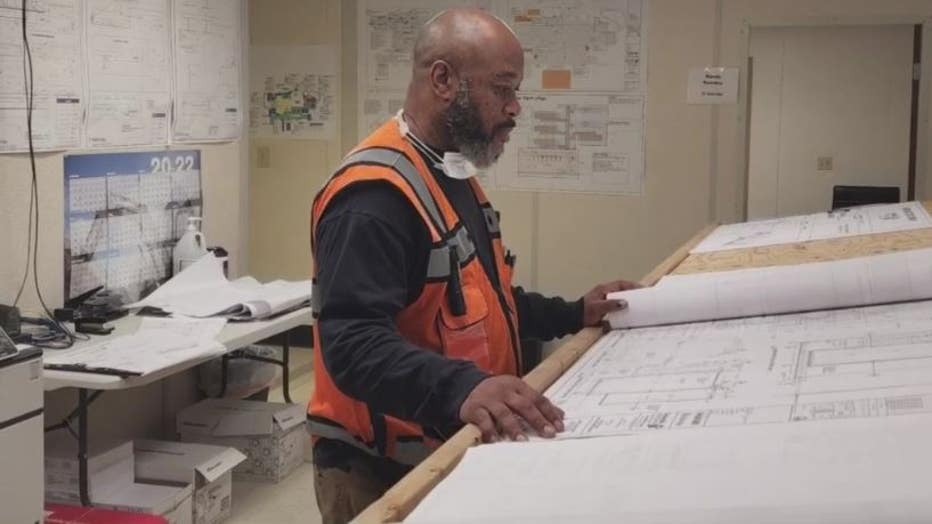 Chance For Life grad Orlando Flowers in his job at Walbridge.