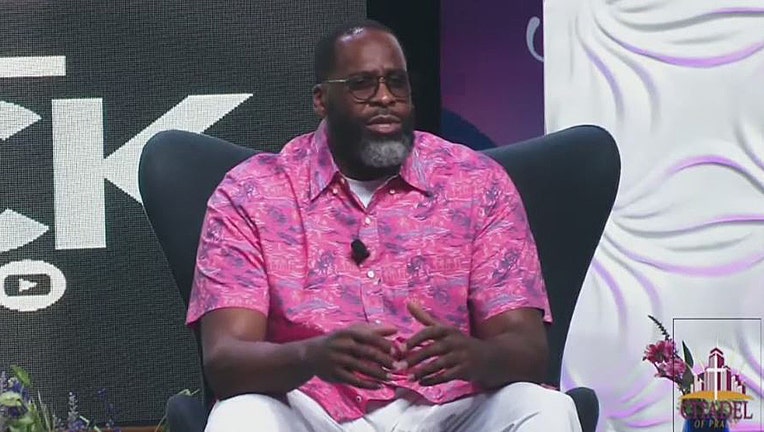 Kilpatrick will wed at Little Rock Baptist Church in Detroit, the church where he made his first public appearance after being released from prison.

He spoke about his fiancee Tuesday while discussing his life at The Citadel of Praise Church.

"Latisia, I met her when she was 12 years old," he said. "This is the thing you all should know. When I came and taught, I'm coming out of college, I get the first job I ever had and they gave me a class. And there is a little girl with a bunch of east side kids at Marcus Garvey Academy on the east side of Detroit."

He was a teacher back then. She would later work in his administration but he said they barely had any contact. Then in 2018, while locked up in prison, she came to see him.

"Finally we decided to have a visit and from that visit forward, I fell in love with that woman," Kilpatrick said.

He served more than seven years of a 28-year prison sentence before he was released in January 2021.

Kilpatrick has said that he is now focusing on preaching the word of God.