ROCHESTER, Mich. (FOX 2) - Adam Schmidt said he didn't want to be part of a sexual abuse lawsuit against his former coach and former figure skating organization but said he had to do it to help others.

Schmidt got just a little bit of closure and perhaps some justice after he said he was sexually abused years ago by his coach. He won millions in a lawsuit but a new law is also being put in place to protect future athletes so his nightmare is not relived by someone else.

Adam Schmidt was just a teenager when he said he was sexually abused by his figure skating coach. Now he's won a lawsuit against his coach and the ice skating organization but calls the money 'disgusting' and said it will help people who need it.

The now-retired 36-year-old Schmidt showed talent on the ice at a young age. But behind the medals he won and a bright smile was his dark secret: he alleges he was sexually abused when he was a teenager by his former coach, Richard Callaghan.

This week, U.S. Figure Skating reached a $1.45 million settlement with Schmidt after he accused the organization of not protecting him from the alleged abuse.

The Onyx Ice Arena in Rochester, where Schmidt trained, previously awarded him $1.75 million in a similar suit. Schmidt says money isn't a windfall considering what he went through.

"I personally feel it's disgusting to touch that money but it can be used for people that do need it but it was a landmark victory and it spoke volumes to the severity of the issue," he said.

Schmidt first went public in 2019 to tell his story but that was just the beginning. Since then, he's helped get legislation drafted and signed into law to provide legal safeguards and protect amateur athletes from sexual abuse by coaches and employees in U.S. Olympics and Paralympic sports.

"This was definitely not a fight I wanted to be part of, it was definitely something I didn't want to do but felt I had an obligation to do and felt that it had come to me and i had two choices run and hide from it or I could roll up my sleeves and get right to work," said Schmidt. 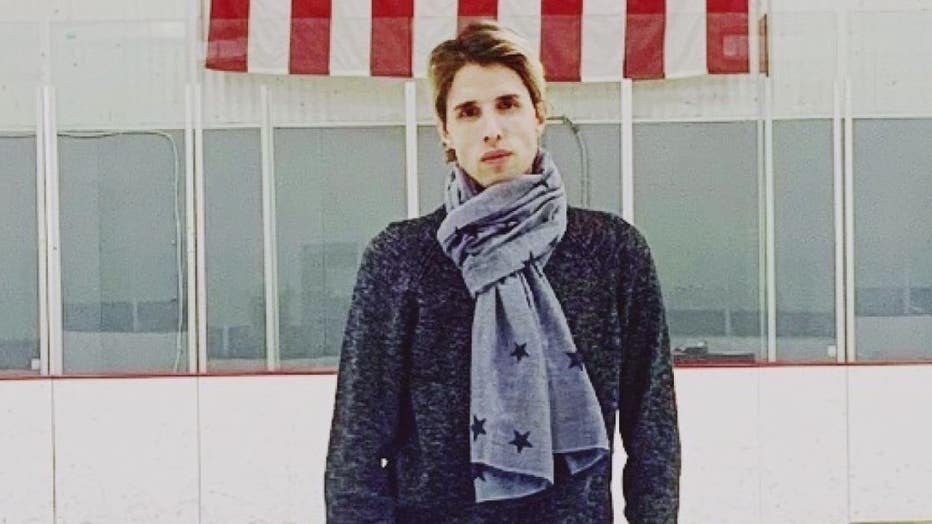 Adam Schmidt says he was sexually abused by his former figure skating coach.

While Schmidt may have won the lawsuits, he said Callaghan will likely never face criminal charges.

"I believe there should be but it doesn't look like this is, unfortunately, going to be a criminal situation or have a criminal ending. Looks like it was due to archaic laws and statute of limitations. Now this new bill...will now prevent that from happening in the future. That's why it's such a great and important thing," he said.

FOX 2 reached out to U.S. Figure Skating for a statement on the lawsuit: