SOUTHFIELD, Mich. (FOX 2) - Online casino gaming and sports betting is almost officially legal in Michigan, as the Michigan Gaming Control Board is expected to approve the license of several organizations to open within the state.

Just in time for the Big Game in early February, the MGCB said an announcement will come before January 20th, clearing the way for more than a dozen sports betting platforms to go live in Michigan.

This is more than about the final score, according to FOX Bet CEO Kip Levin.

"If you have a favorite player who's playing in the game you can bet on whether or not that player is going to throw for a touchdown, run for a touchdown, that's been really popular," said Levin.

After months of work, FOX Bet is just days away from being approved, just in time for the biggest game of the year.

Michigan is the 19th state with legalized online sports betting and it is expected to generate millions of dollars in revenue.

Ten months later, games are back but the fan experience is much different. Levin credits the leagues for their efforts to get the games going again to make it possible to watch your favorite team.

"The leagues have done just a tremendous job of working through and making sure that they, in ways that are safe, have been able to keep sports going. People are watching and there's still a huge amount of interest and obviously, betting goes hand in hand," he said.

Thanks to the legalization in Michigan, it's now something you can do from the comfort of your own home, something people across the state are doing. 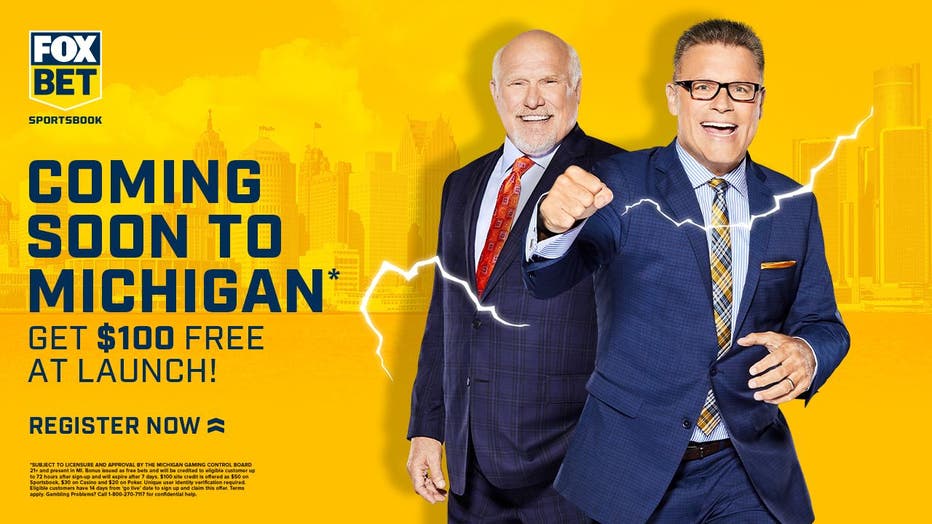 Once the gaming control board gives its final approval, there will be about a 5 to 7 day lag period before fans can start placing bets