With candles, balloons, and signs, they spoke fondly of teenager Trent Redstrom who died in the attack that involved several teens according to investigators.

FRASER, Mich. (FOX 2) - On Friday night a vigil organized by the youth of Fraser for one of their own, who died in a stabbing earlier this week.

With candles, balloons, and signs, they spoke fondly of teenager Trent Redstrom who died in the attack that involved several teens according to investigators.

A Go Fund Me page has been set up for the family of Redstrom, 14, as the community wrestles with so many questions - but tonight a community came together to heal.

"He is, he was a really good kid. And it’s just sad to see them all have to be without this great friend they’ve all had," said parent Emily Conser. "He’s a very funny kid too, my daughter says. He’d just put on a show for everybody so yeah, he’s going to be greatly missed."

Police say it all happened at a home on Garfield near Klein. Sources say a group of teens barged in with knives before an altercation took place.

Three were stabbed. Trent died. Others were hospitalized. Three juveniles were taken into custody while prosecutors reviewed evidence - and no one can make any sense of this.

"I just feel for all the parents you know?" Conser said. "Not just Trent’s, but the other parents as well. I feel for all of them. I would hate to get that phone call. I don’t think I could go through something like that so I give them a lot of respect."

The tragedy forced the Fraser school district to lock down schools before it was clear that there was no danger to the public.

More Coverage: Teen stabbed to death during fight in Fraser; 3 juveniles in custody

And for some at the vigil. it’s the first time they say they’ve seen any violence of this kind in their community.

"It was just so close to home now, you know?" Conser said. "You hear about it in other states, other cities, whatever. When it’s in your own town it’s terrifying."

Police continue to investigate and many in the community are hoping to learn more details about what led to the fatal stabbing. 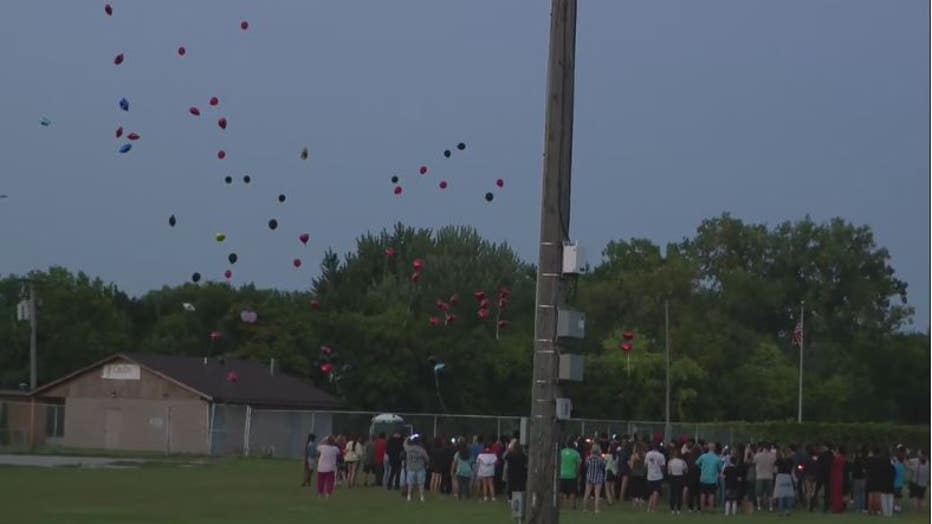