A Detroit woman saw something unexpected on her drive home... a pig roaming.

DETROIT (FOX 2) - Shamara McCray was driving home after picking up a bacon cheeseburger from Wendy’s when she saw something roaming on Lappin Street in Detroit.

"I didn’t know what it was. It was a real big black thing," she said.

So she slowed down to get a closer look.

"It was a big pig. I didn’t know pigs was that big," McCray said. 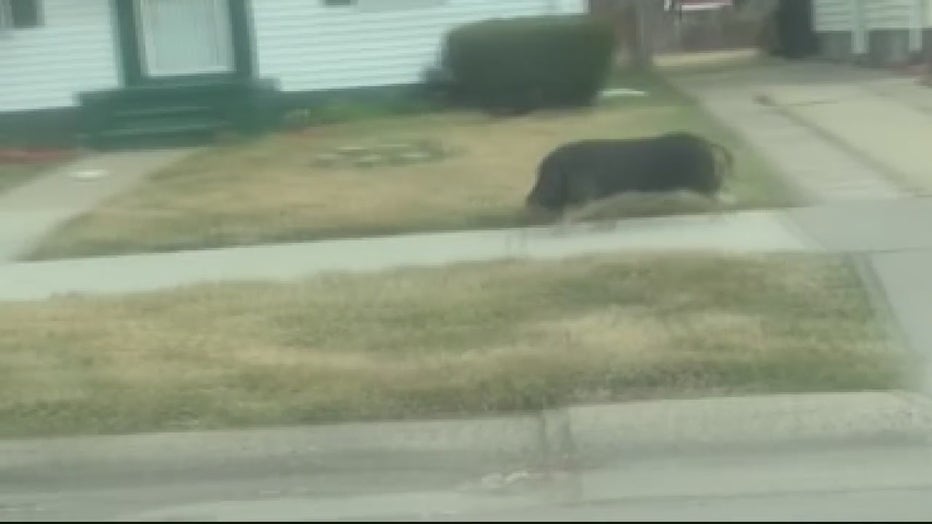 She said she called her father, who told her to take a video because no one would believe it. McCray said she’s never seen a pig in the area, near the Detroit and Harper Woods border.

She recorded the pig and posted a video that has gotten a lot of attention on social media.

"Everybody just like, trying to say they bought it with a stimulus check," McCray said.

Detroit Animal Control said they haven’t had any reports of a pig on the loose, but they are seeing what they can do to help.

Neighbors told McCray the pig is a pet.

"Go get your pig before somebody go and cook it," McCray said.