A woman claims a manager at the Dearborn Walmart harassed her and called her names while she worked there because she is Arab.

Seenaa Suhail Najim started working at the store last year. She eventually moved to Inkster after fleeing ISIS in Iraq in 2015.

Najim said that Walmart welcomed her despite the fact that she did not speak English. She said she was happy to have a job and be able to send money to her daughters in Iraq. 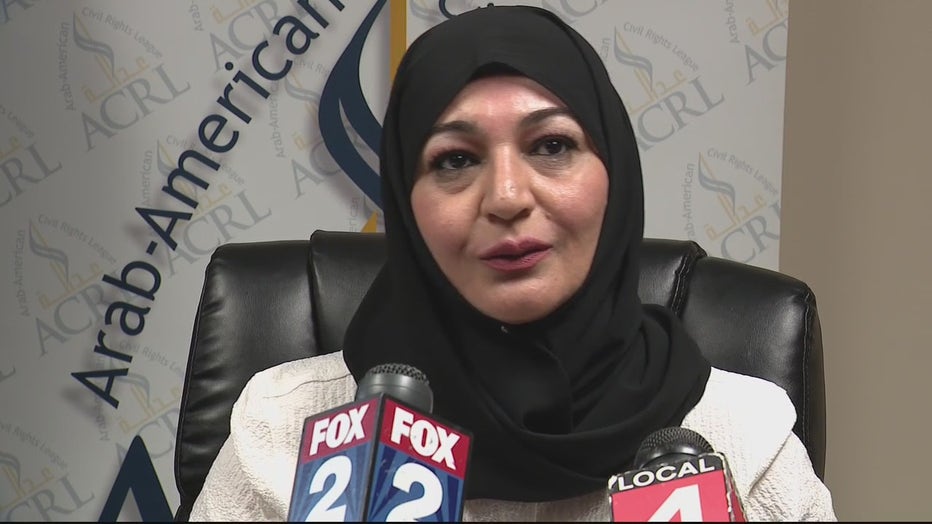 "I was very happy that I worked at Walmart because I used to hear about Walmart a lot, all the time, and I said, 'Thank God I've been working at Walmart,'" she said.

Everything was going fine at work Najim said until a new manager started and allegedly started discriminating against her and calling her names.

"Telling her, 'You stupid Arab, you stupid camel jockey, you stupid Muslim. Go home, go to your home country. Get out of here. You should learn how to speak English," said attorney Nabih Ayad. "And this didn't just happen once – it happened over and over and over again over months."

Ayad claims that Najim went to another manager who did nothing about the alleged harassment.

"For sure, she insulted me a lot," Najim said. "Why would she do that?"

Najim said her doctor advised her to stop going to work because she was experiencing anxiety, depression, and panic attacks.

Walmart released a statement: "We take allegations like this seriously and want all our associates to feel welcome and respected. We will respond appropriately with the court once we have been served with the complaint."

Read the full lawsuit below: