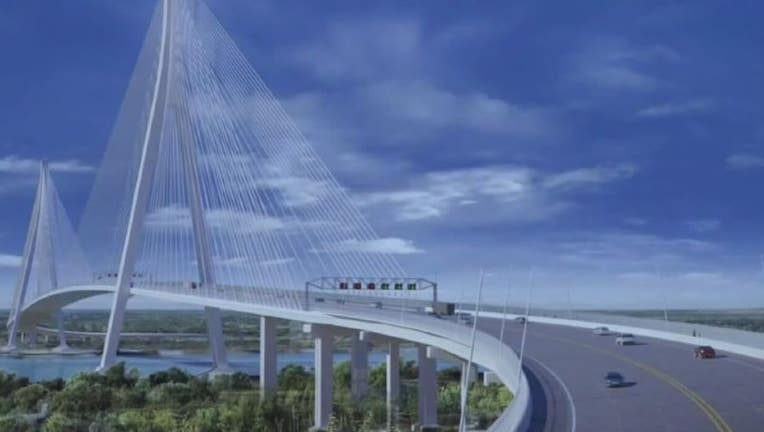 DETORIT - A church, a development corporation, and two community groups were among the newest recipients of the Gordie Howe International Bridge team's annual investment plan.

The four groups were selected to receive $50,000 in total funds as part of the community benefits plan established when bridge construction began. It's expected to release the same amount every year for the next five years.

Southwest Detroit and Delray will receive $250,000 in total by the time money is fully distributed, while another $250,000 will go toward a neighborhood in Windsor, Canada.

"The Gordie Howe International Bridge project team is inspired by our host communities to deliver meaningful benefits that will serve as a catalyst for positive local change for years to come. We are
listening and collaborating with local residents and representatives to ensure that our community-based project initiatives continue to reflect local priorities and feedback," said Bryce Phillips, CEO of the Windsor-Detroit Bridge Authority.

Because construction of the Gordie Howe Bridge represents a monster infrastructure build that will be built in the backyards of some local residents, an agreement was struck with the authority to distribute funds to nearby communities as well as offering housing swaps to anyone willing to move homes to somewhere else.

RELATED: Gordie Howe bridge will include 5 pedestrian bridges built over I-75

And more money is on the way. Another $50,000 will be distributed each year through 2024 - when the bridge is expected to be completed.