Drawing on funds from several state and federal resources, Whitmer hopes to repair some of Michigan's worst infrastructure problems.

While it's been years since the Flint Water Crisis made international headlines, access to clean water is still a problem for thousands of residents all around the state. Michigan's drinking water and stormwater infrastructure received some of the lowest grades during its last statewide report card. 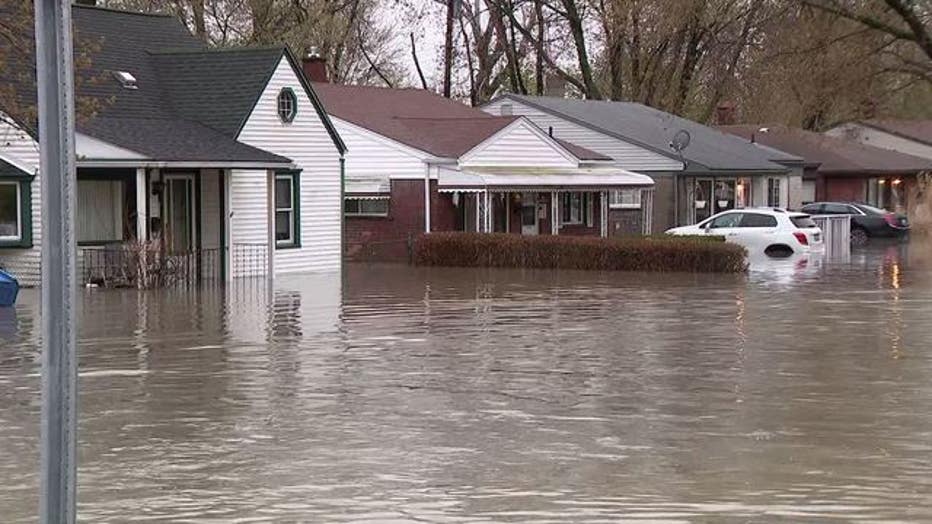 A news release from the governor's office Thursday said the investment will also support over 7,500 jobs in the state.

“It’s time for the legislature to take bold actions to invest in Michigan’s infrastructure and protect our water from toxic contamination. I'm calling on the legislature to authorize EGLE to use the remainder of the voter-approved 2002 Great Lakes Water Quality bond during this legislative session,” said Whitmer.

The plan received an endorsement from Detroit's mayor, where access to clean water remains an issue for many residents.

RELATED: Major infrastructure upgrades on the way for Detroit, at no added cost to its citizens

"In Detroit, where we have the oldest infrastructure in the state, it would give us the ability to greatly expand our water main replacement program and replace an additional 2,000 lead service lines beyond our current program," said Mayor Mike Duggan

Financing the massive project will be $102.1 million from federal dollars, $290 million in bonding authority, a one-time General Fund appropriation of $105 million, and $2.9 million in asset management grants.

No taxes will be raised to fund the investment.

“Now is the perfect time to invest state and federal dollars in a coordinated way to encourage job growth in water infrastructure jobs. This work will ripple throughout both the economy and the systems that protect public health, strengthening both," said EGLE Director Liesl Clark.

The bulk of the plan's wastewater protection investment will go toward eliminating sanitary sewer overflows, correcting combined sewer overflows, and increasing green infrastructure. For many cities with legacy plumbing and sewage systems like Detroit, flooding can become rampant when water levels climb too high or during extreme weather.

While some flooding solutions in Detroit have been solved by converting residential properties in greenspace, it'll likely require a bigger investment in the city's sewage systems to resolve more systemic forms of flooding.