For the second day in a row Gov. Gretchen Whitmer is playing defense on why the state of Michigan did not make a bid on the new Ford Motor Company electric car plants totaling $11 billion.

LANSING, Mich. (FOX 2) - For the second day in a row Gov. Gretchen Whitmer is playing defense on why the state of Michigan did not make a bid on the new Ford Motor Company electric car plants totaling $11 billion.

Those 11,000 jobs are now headed to Tennessee and Kentucky -- and Republicans are blaming the governor.

"She doesn't get any marks on this one. There's a zero here. This is a goose egg," said State Sen. Ken Horn (R-Frankenmuth).

"We're going to work to get more tools in our toolbox so that homegrown companies look to Michigan first for investments," said Whitmer.

It turns out Ford did not even look at Michigan in selecting ready-made sights in Tennessee and Kentucky. The governor revealed the state never had a "real opportunity" to bid.

Sen. Curt VanderWall (R-Ludington) calls this a tragedy and exposes some weaknesses in the Michigan Economic Development Corporation.

"What the heck did we do wrong to lose this," VanderWall said. "We need to be more competitive when it comes to the cost of delivering raw materials and in terms of electric and gas, etc."

Skubick: "Did your administration make a mistake by not being in the Ford game?"

Whitmer: "Tim, we aggressively pursue all investments in Michigan."

Skubick: "You didn't on this one."

Whitmer: "Ford made an investment in Michigan but this one going out of state is a disappointment for sure." 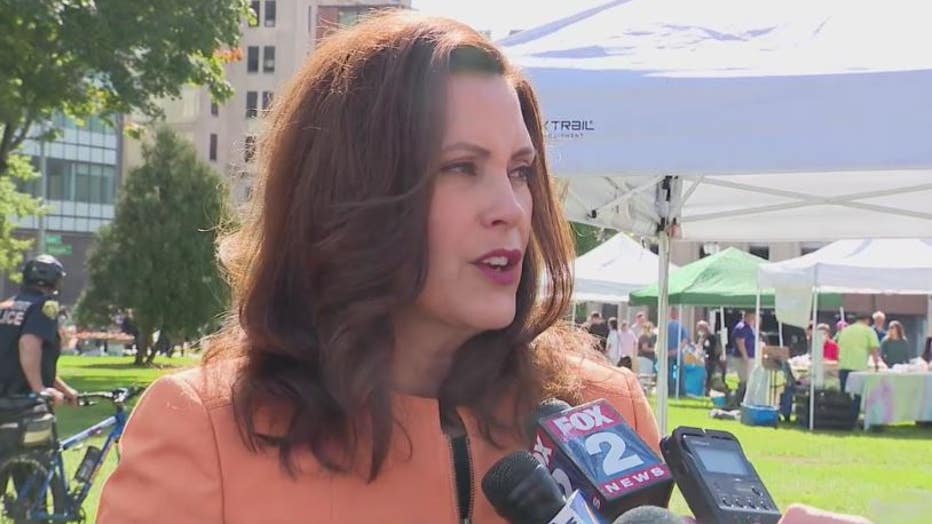 Rep. Joe Tate (D-Detroit) has a Ford facility in his backyard, and was asked the same question -.was a mistake made?

"Well, I'll have to look and see all the details," Tate said.

Skubick: "What does your gut tell you?"

"My gut tells me we have to look into it," he said.

The Republicans will also be looking into this and don't be surprised if you see this come up again in a GOP attack ad on the governor when next year's campaign heats up.