Gov. Gretchen Whitmer spoke about the state's role in the switch to electric mobility and marveled at some of the state's EV products from the Big 3 on display at the North American International Auto Show.

DETROIT (FOX 2) - Among the political notables making stops at the North American Auto Show on Wednesday was Governor Gretchen Whitmer.

Whitmer, who also made a political speech at the auto show today, stopped to talk to our Roop Raj about the tech on display. She spoke about the industry's push for electric vehicles and the critical role our state plays in the clean energy change.

"We have leaped forward when it comes to advanced mobility options," she said. "To see some of the Michigan products here that are electric vehicles, that nobody even thought would be here three years ago when we were here at the last auto show, we've made this huge leap forward."

Whitmer also spoke about the increased footprint of the event, utilizing the outdoor space around Hart Plaza with the new show's calendar date change.

"And so I think that's what's really neat," she said. "To be able to combine the outdoors with what is happening indoors. Some of these tracks, are pretty phenomenal."

There are tracks at the show not just for visitors to watch the new vehicles use, but to ride on with a trained driver at the wheel to show you in person. The show opens to the public starting on Saturday. 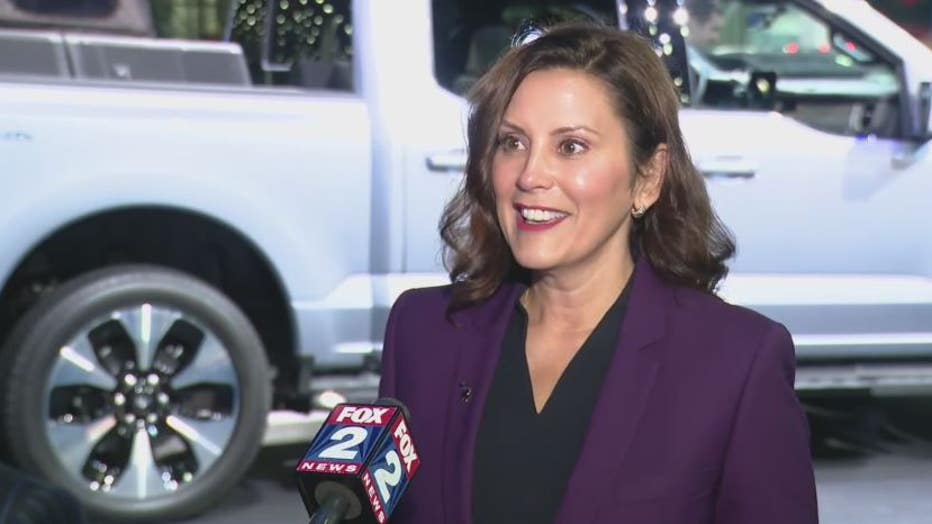