Wreck of the Frank Wheeler

The Frank W. Wheeler was a relatively new schooner-barge when worsening conditions meant water began pouring into its hull. When its captain realized the ship was sinking, he ordered men into a lifeboat. Video courtesy of the Great Lakes Shipwreck Historical Society.

FERNDALE, Mich. (FOX 2) - Every November, a maritime ritual consecrates the tale of the Edmund Fitzgerald and the deaths of its crewmen. Known as the Call of the Last Watch, the ceremony has enshrined the tale in Great Lakes lore and is well-known among shipwreck enthusiasts everywhere.

The service concludes with 30 bell tolls - 29 for each of the fallen crew members aboard that day and one for all other lost sailors.

It's the final bell clang that the Great Lakes Shipwreck Historical Society has built much of its work upon. Since the 1600s, the Great Lakes have claimed between 6,000 and 7,000 ships and more than 30,000 lives.

Last year, shipwreck hunters made a lot of progress toward revealing more of that history. The historical society had one of its most successful seasons ever in 2021 while searching for other wrecks.

Darryl Ertel, the director of marine operations at the society, may find one shipwreck in a given season. Sometimes two. But in 2021, he located 10, possibly 11.

"He (Ertel) was on fire. Like, literally on fire," Adkins said. "Usually the range (of wrecks found) is none to one. Last year was special."

Searching for shipwrecks requires a mixture of luck and skill. The remains of old schooners and steamers litter the bottom of the Great Lakes. And once they reach the bottom after sinking, they're not going to move anymore.

But with little recorded history of their last known spot, shipwreck hunters and historians at the society must rely on sonar technology, a crew of volunteers, and a lot of patience. Ertel exhausts his time and effort on Lake Superior. 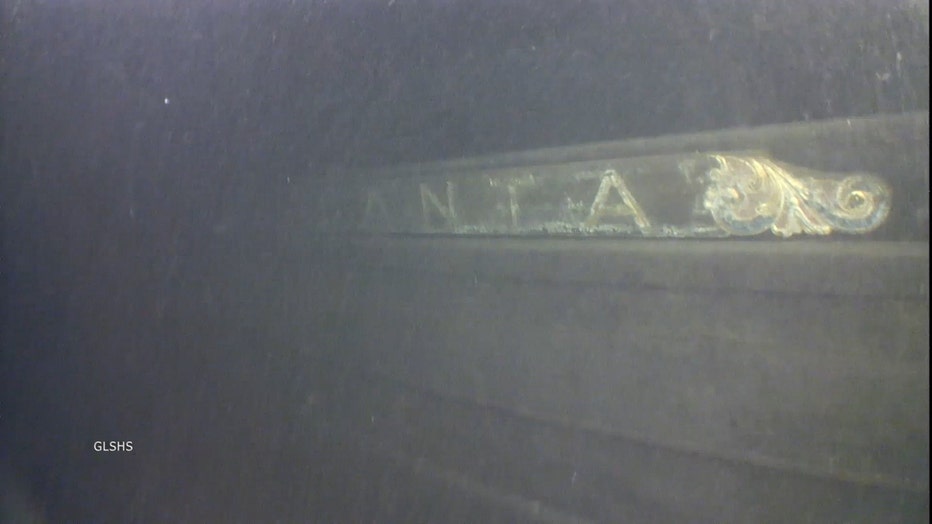 The name plate from the Atlanta shipwreck, the fourth to be identified from the 2021 shipwreck hunting season. Photo courtesy of the Great Lakes Shipwreck Historical Society.

Adkins said that while shipwreck hunters only have their sonar to tell them if there is something underneath, sailors do have a general idea about good places to search for sites.

"Between Whitefish Point and Grand Marais, it's called shipwreck coast," he said. "Once you get going toward Munising or Marquette, there's nothing there. If a storm popped up, there's nowhere to hide."

Fans of Pictured Rocks National Lakeshore will recognize those cities. So will those who visited the museum, which is located in Whitefish Point on the very northern tip of the Upper Peninsula's east end. Along that coastline during the 2021 hunting season, Ertel traced over 2,500 square miles of Lake Superior.

Moving in a diagonal fashion from the northwest to the southeast, Ertel navigated the society's 47-foot research vessel the David Boyd from sunrise to sunset. The work can get grow dull after weeks of unsuccessful searching.

But when something appears on radar, "it's incredible," Adkins said.

"Just think of something that surprised you. One of the most exhilarating moments of our life. That what it feels like," he said. "When we find something that's been underwater for so many decades, that's a good feeling. Then you put an ROV (remote operated vehicle) on it and see what it looks like - it's the first time eyes have been laid on it a hundred years."

The first three shipwrecks that crews identified in 2021 were a schooner named the Dot and two schooner-barges, the Frank W. Wheeler and the Michigan.

The Dot was being towed by a steamship called the M.M. Drake from Marquette in 1883 with a load of iron ore when it started taking on water. All crew survived before the captain exited the sinking vessel.

Wreck of the Dot

While the schooner Dot was being towed from Marquette with a load of iron ore, it began taking on water. Its captain hailed the steamship nearby and took his crew off before it fell to the bottom. Video courtesy of the Great Lakes Shipwreck Historical Society

Like the Dot, the Michigan was also being towed by the same steamer when it came across rough weather. Water began filling the Michigan, causing crew members to abandon ship for the Drake. But within minutes, a massive wave smashed the two vessels together, destroying the Drake's smokestack Both went down a short time later. Only the cook of the Michigan died that day.

The Frank W. Wheeler went down in 1885 when, while it was being towed was met with increasingly worse weather conditions. As it struggled, the crew realized the ship began to sink. Captain William Forbes, who owned the ship tried signaling to the steamer towing it, prompting crews to seek safety at Grand Island, which is near Munising.

But soon after, Forbes ordered his men into lifeboats and the Frank W. Wheeler sunk 15 minutes later. 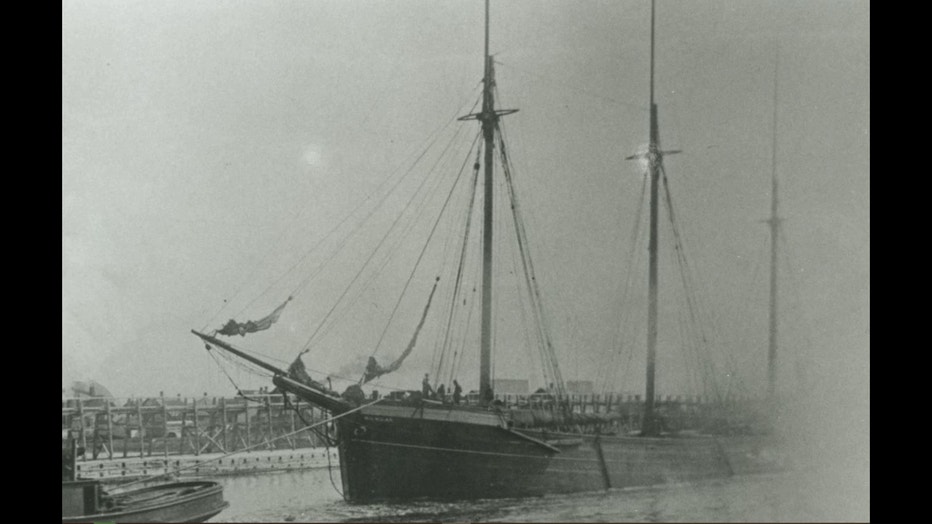 Part of the reason for the society's banner year was the speed at which the hunters sailed. Instead of the recommended 5 mph, Ertel dragged it at 9 mph. The search became faster while the equipment, provided by the company Marine Sonic Technology, picked up objects on the lakebed in greater detail.

In early March 2022, the historical society announced they had identified a fourth shipwreck discovered last year: the Atlanta. The 130-year-old vessel was found 35 miles off the coast under 650 feet of water.

Its discovery recounted the story of how the vessel got caught in a northwest gale that grew so intense it snapped the tow-line pulling the schooner barge. Only two crew members would make it safely ashore. Identifying the ship was easy because the nameplate was still intact. The historical society's executive director said it was "rare" to find a shipwreck in such pristine condition.

But the discovering didn't stop there. The society's development director dug through old service logs recorded by the coastguard and uncovered an entry from one of the survivors that day.

"I was so numb with cold I had no use of my limbs when I was pulled out, and in ten seconds more I would have been lost, for the undertow was taking me out when the keeper ran out into the lake and pulled me ashore," read a letter signed by crewman Eli Wait. "I can safely say that my life was saved by Capt. Small. When we got to the breakers out boat upset and we were all thrown out, and to my knowledge three of our men did not rise again."

It's stories like Wait's that remain to be told, Adkins said. "There are a lot of people that gave their lives to help build this country."

"That's why these discoveries are significant. Everyone thinks of the Fitzgerald, but once they start realizing the stories out there - they're stories that deserve to be told."

The shipwreck hunting season ends when the temperatures start to fall and winter returns to northern Michigan. When things begin again in May, Adkins says crews will start with searching for spots that haven't been revealed yet.