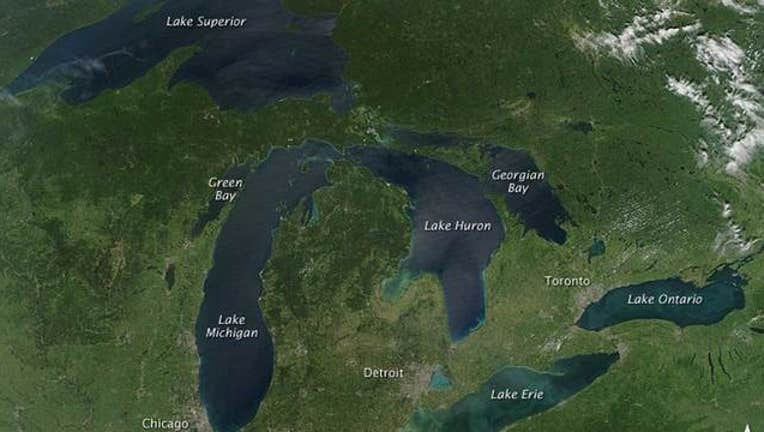 While this matches a trend that's continued the last four years, the Detroit district of the U.S. Army Corps of Engineers reports that 2019 could break records in some lakes.

"Each lake is their own spearate system," said Keith Kompoltowicz, the chief of watershed hydrology with the Corps. "While they are connected, the conditions for each are unique and it's just the fact that Lake Erie and Lake Superior are closer to record high currently."

The two factors that determine water levels in the Great Lakes is rainfall in the spring and summer, and how much snowpack melts as temperatures warm.

"It has to do with the continuation of wet active weather," Kompoltowicz said. "Additional snowfall in the region, followed by above-average rainfall, it causes levels to rise."

The rising levels might be good news for the commerical shipping industry which worries about tankers scraping the bottom of shallow channels, but many others have reason to be concerned with the news.

Homeowners with property near beaches, city's with infrastructure near the lakes and stakeholders concerned about erosion might see more damage with higher tides. As shorelines and dunes become more eroded, there's a higher chance for coastal flooding in cities. Areas in southwest Michigan and near coastal cities like Duluth, MN are already feeling some of the effects.

Lake Superior, which reports increases between seven and 11 inches above average, may increase an additional 5 inches, which would break a record set in the mid-1980s. Lake Michigan and Huron, which are not predicted to reach record heights will still be above average.

The news represents a substantial shift in water level trends for the Great Lakes. In December, 2012 and January, 2013, Lakes Michigan and Huron recorded the lowest levels in a century's worth of recorded data.

"That's the lowest in that period of record," Kompoltowicz said. "Since then, it's been a dramatic turnaround. It's never rose faster than it did."