Around 6:30 a.m., Grosse Ile Police and Fire personnel responded to 29500 Southpointe Rd. where a boat fire was reported.

Footage from the Ford Yacht Club showed a blaze tearing through two docked boat with smoke billowing from the vehicle.

First responders located the two vessels in the "F-Dock" area of the port.

Video of the incident showed fire fighters navigating around the blaze. An officer with the police department said steps were taken to make sure the fire did not extend to other boats or docks as they worked to get it under control.

Nobody was on the vessels at the time of the fire and nobody was hurt. 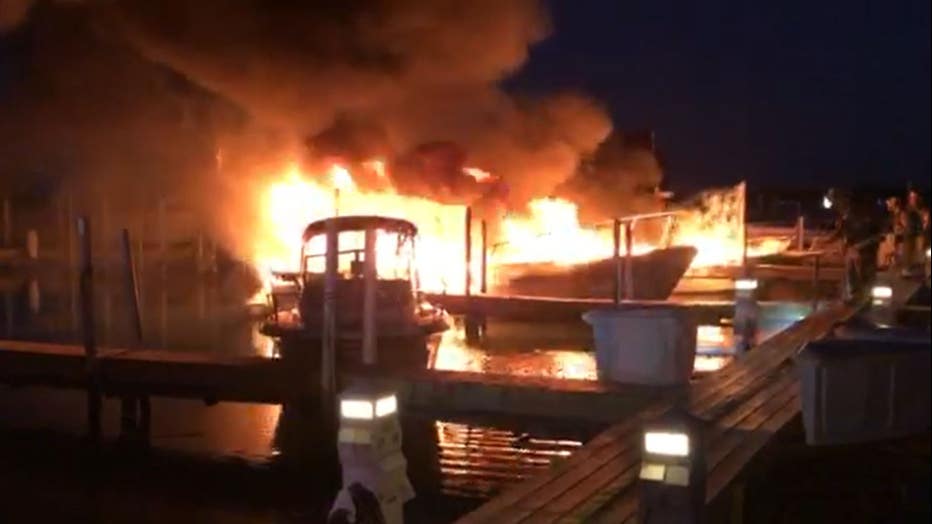 The fire remains under investigation.