He was in his department-issued uniform when he came in contact with a female employee who gave unexpected pushback at his presence.

He was in his department-issued uniform when he came in contact with a Grosse Pointe Urgent Care female employee who gave unexpected pushback at his presence.

"Right away (she) starting saying things like, 'Why do you gotta come in here with all your get up on?' and 'How many people have you killed?'" said Dave Willis, Michigan Fraternal Order of Police.

The officer was shocked and immediately called for a supervisor. The police department is located a few miles away from the urgent care clinic on Mack.

"Once that supervisor showed up, that employee started in on the supervisor with ‘How many people are you gonna beat up tonight?’ and ‘How many you gonna kill after you leave the urgent care,'" Willis said.

The Michigan Fraternal Order of Police says at no time did the officers do anything to warrant the treatment.

FOX 2 attempted to talk to someone at Grosse Pointe Urgent Care, but they referred us to their corporate offices in Arizona.

A company representative, Jesse Henderson, sent us a lengthy statement saying that employee no longer works there.

"NextCare is aware of an incident that occurred July 5 at our Michigan Urgent Care Facility in Grosse Pointe Michigan involving inappropriate comments made to a member of local law enforcement.  This type of behaviour is not condoned, nor is it consistent with NextCare's mission or values. The employee involved is no longer with NextCare.

"NextCare strives to provide an exceptional level of service to all members of the communities we serve and that did not happen. We apologize to the people affected by the comments. We know that the top priority of local law enforcement is the safety and well-being of the community. We share that priority and appreciate the work they do everyday to meet that goal."

Incidentally posted on the front entry of the clinic there is a sign directed at patients stating that verbal harassment is not allowed.

But it says nothing about how the staff should treat its patients.

"You know a police officer wouldn’t expect that at a medical facility," Willis said.

This incident occurred just days after a Detroit ice cream shop posted on social media that they would not serve police who were wearing body armor - something vital to their safety.

Less than a week after that incident, Detroit Police Officer Loren Courts was shot and killed in the line of duty.

"We always have to be on guard for bad things that happen just in the blink of an eye," Willis said. 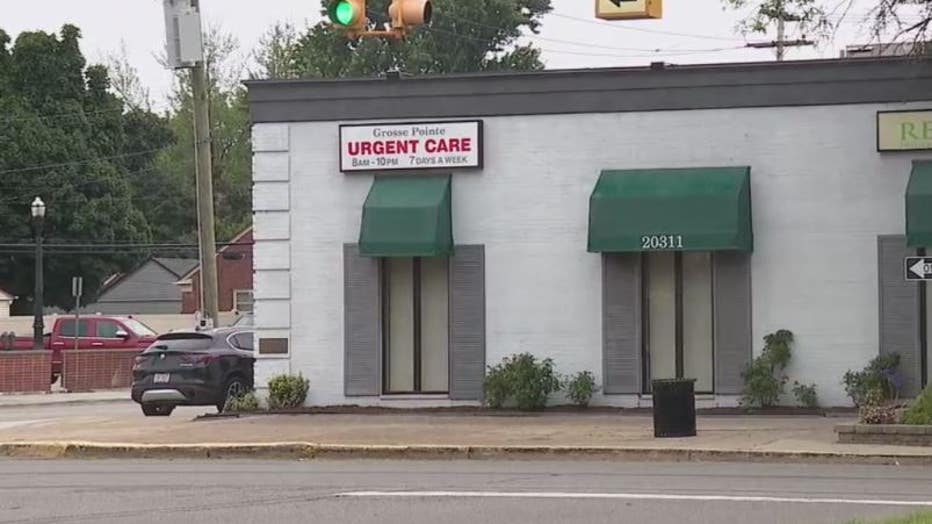