This push is setting the tone for the summer - a ramped-up effort of what DPD already does.

DETROIT (FOX 2) - A shooting investigation led to the seizure of guns and drugs Tuesday in Detroit.

Detroit police were working with Michigan State Police when they arrested the suspect, and found cocaine, marijuana, and meth.

"We are looking at $4.5 million street value of meth, cocaine, heroin, and guns," said Cmdr. Eric Decker. "It's a lot of dope not going into people's hands, fentanyl, we've seen a lot of fentanyl-related deaths."

Decker says the guns seized when analyzed will likely come back, are tied to multiple crimes.

Police said they also found two handguns and an AK-style rifle with a 100-round drum magazine. 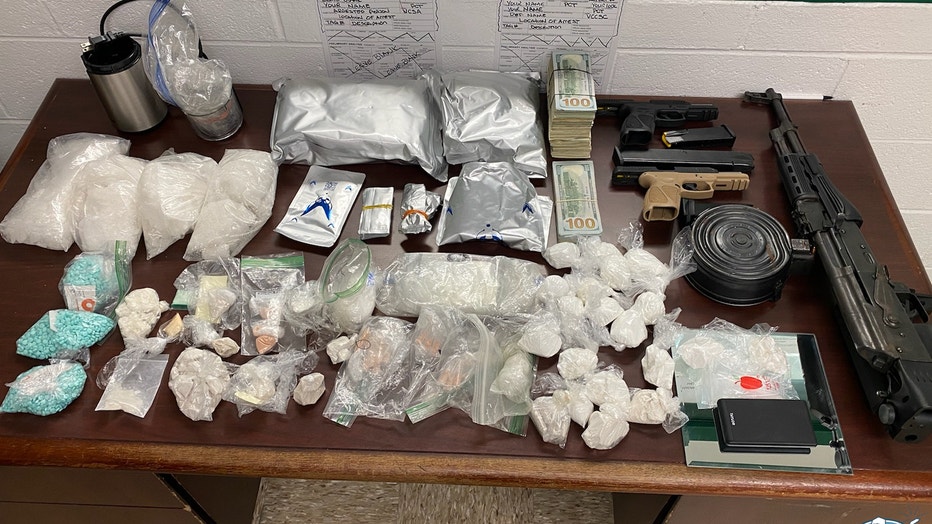 "This is great work by our officers and the Wayne County Sheriff’s Office to get a dangerous person off the streets and remove large amounts of harmful drugs from our neighborhoods," Chief James White said. "This is an example of how we’re cracking down on gun violence offenders, and working together with our partners to keep Detroiters safe."