It may not look like much, but a small house in West Village is big on history.

DETROIT (FOX 2) - It may not look like much, but a small house in Detroit's West Village is big on history.

Finnell says the house at 1532 Van Dyke and the one next door, stand to be torn down to make way for an apartment building called the Coe Two of West Village.

Woodborn Partners plans to build it. They have this house under contract and own the other, as well as the vacant lots between them.

Finnell and some other West Village residents are pushing hard against the project - saying it would do more harm than good.

"Because of its size, it’s going to put a lot of stress on our infrastructure and parking, and those are all concerns," she said.

"I’ve been not a big fan of all the development that’s happened in the neighborhood: it’s raised rent; it’s made things less accessible, less affordable overall," said resident Julien Godman.

Woodborn built another apartment building in Woodbridge. The new one would be a 53-unit project with retail space and 20 percent of it’s units would be slated for affordable housing.

Farr is the executive director of the Villages CDC, a non-profit committed to accelerating economic development in several neighborhoods on the east side — including West Village.

He says there’s been a lot of misinformation about the Woodborn Project - like how at four stories, it would be too tall.

"There are 11 other structures within a 1,000 feet of this development, that are anywhere between three to 11 stories tall," he said.

Other issues raised is how it will worsen parking in West Village.

"Opponents have said, "This plan is going to decimate parking,' and the developer is actually going to repave the alley in this new development, which for residents on that block will allow them to access their garages," Farr said. "In some cases, for the first time in decades which actually will allow them permanent off-street parking."

The historic district commission approved the houses for demolition. And despite being more than a century old, the Detroit Land Bank Authority says neither of them have a historic designation from the city or state.

For more information on the Detroit Board of Zoning Appeals GO HERE.

"1532 VanDyke does not have a local or state historic designation. However, the DLBA still required the developer to receive plan approval from both the City of Detroit's Planning and Development Department and the Historic District Commission before moving forward with the sale of 1532 VanDyke. Both entities approved of the project and the DLBA is currently in the process of closing on the sale.

'This project is expected to not only create jobs but add a significant number of new housing units in a high-demand market." 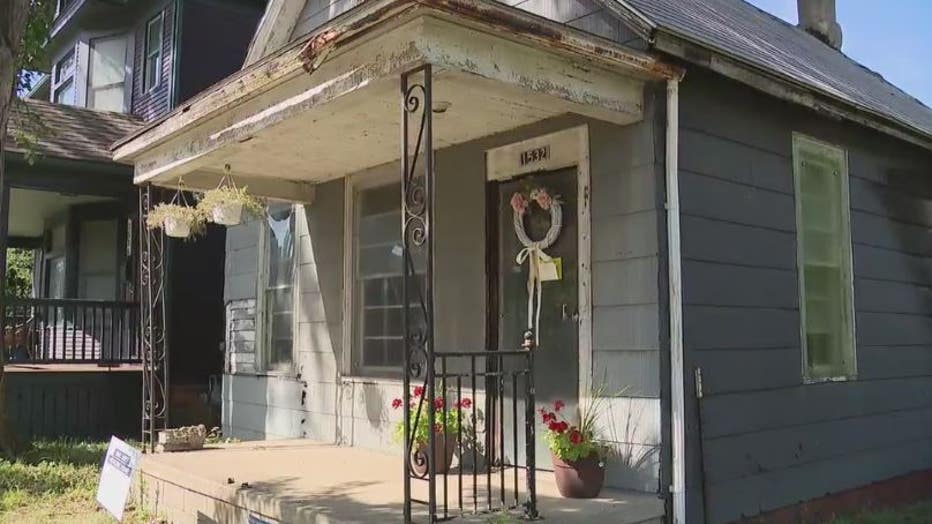