Watching surveillance video for the first time of a car hitting her back September, 68-year-old Janet Applebaum is feeling flabbergasted as the person who hit her is still out there.

"I could've been dead had they been going faster," she said.

Watching surveillance video for the first time of a car hitting her back September, Janet Applebaum is feeling flabbergasted as the person who hit her is still out there.

It was September 8 when Janet says she'd been walking home from visiting her 95-year-old mother. She crossed Greenfield at 10 Mile Road.

"I saw the walk sign. There's a median in the middle, so you can walk halfway then halfway again," she said.

Janet says after reaching the median, she continued to walk when suddenly a black car plowed into her.

"I was in panic because I didn't know what had happened," she said. "My leg was behind me. I couldn't lift it and I didn't understand why I couldn't move my leg. My head was bleeding."

Surveillance video from a nearby gas station shows the driver stopping, even running to help Janet, and later backing her car into a parking spot near the scene. A crowd gathered as police arrive.

"Our officers asked the crowd if anyone had seen anything and one woman did speak up," said Oak Park Police Lt. Troy Taylor.

"It's really hard to comprehend what would've caused someone to do that. The whole scene is really bizarre to me more than anything but I think frankly, it's disgusting," said attorney Jordan Acker.

During all the chaos, police say the woman stayed but when they went to go ask her questions, she had slipped away.

"To be standing there and not identify yourself as the person that did it, why bother stopping in the first place?" Janet said.

She was in the hospital for a month and is still in pain, requiring a caregiver just to get through each day.

"Somebody's living carefree and I've had to pause my life," she said. 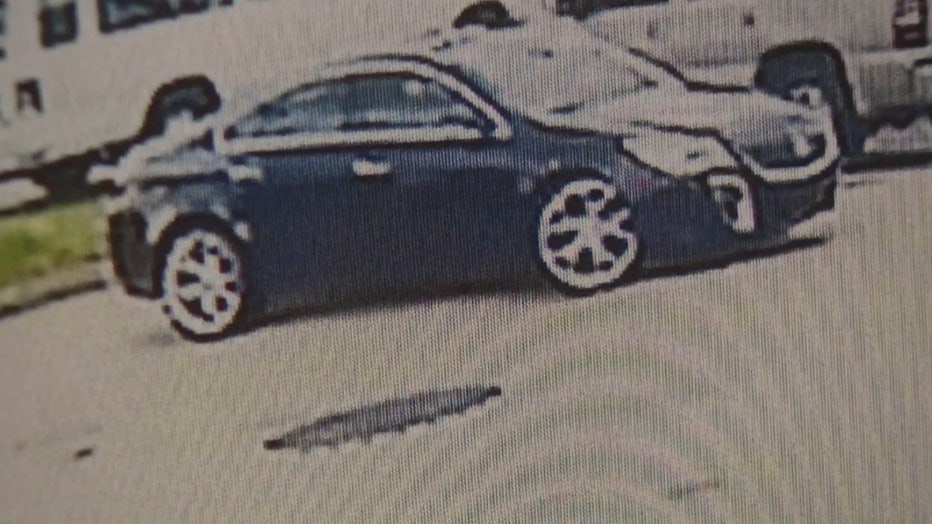 Oak Park police say the car appears to be a late model Buick Regal a woman caught on video does match the description of the person they believe hit Janet.

"I hope somebody does the right thing because nobody should leave an animal in the street let alone a human being," Janet said.