HOLLY, Mich. (FOX 2) - Two wanted carjackers led police on a chase and broke into a family's home in Holly trying to hide Tuesday night. Fortunately, they got out unharmed, as the suspects holed up there in a barricaded standoff lasting hours.

Two wanted carjackers fed police and broke into a family's home in Holly trying to hide Tuesday night. Fortunately they got out unharmed, as the suspects holed up their in a barricaded standoff lasting hours.

"I heard the crash and I was just walking in from checking out the chickens," said Steward Deroo.

But what he didn't realize was that the crash on his street-involved suspects William Lanham and Michelle Holladay who earlier on Tuesday were accused of carjacking a family in Monroe County.

As police pursued Lanham and Holladay they were involved in a crash on E. Maple, which injured a man.

"I heard the crash behind me, and I saw some parts and pieces of vehicles flying by me and the next thing I knew, I was in a ditch," said Richard.

And the next thing Deroo knew., the suspects ran inside his house after crashing.

Deroo says both suspects had a gun.

"If he really wanted to kill us, he would've done so right then and there," he said.

Deroo, who is also an Army veteran, got his family out safely. The couple then barricaded themselves inside the home and a stand-off with police began.

Michigan State Police and deputies with Oakland County worked to get the pair to surrender as residents were told not to leave their homes.

One neighbor says she could hear one of the suspects yelling at police. 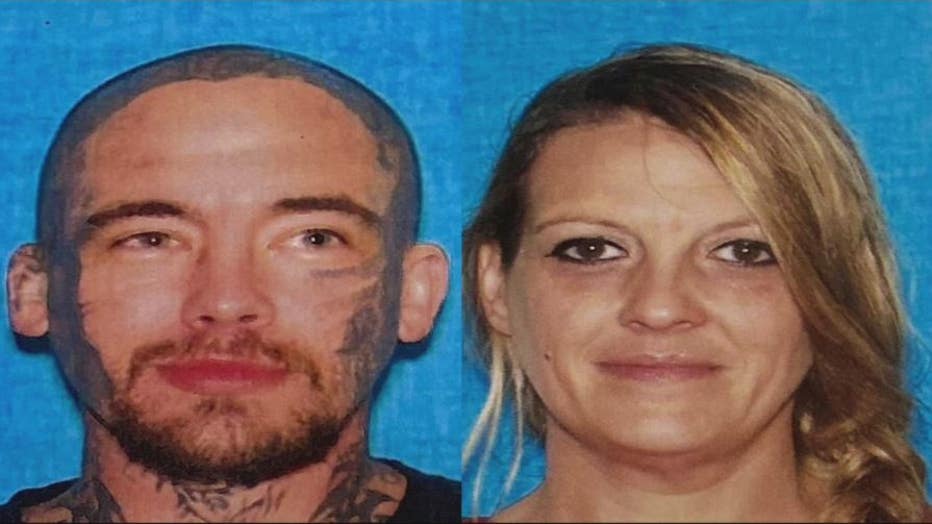 "We could hear him yelling, 'Take me out, you come in here and get me,'" said Misty Elliot Walsh. "We heard the cops say 'We don't want this, just come out.'"

Eventually, Holladay surrendered to police and was taken into custody. But Lanham shot at police before he was found dead by a bomb squad robot.

On Wednesday Michigan State Police told FOX 2 that the cause of death is unknown.

"It's a horrible situation to know that someone has passed away in your home," Deroo said.

As a cleanup crew works on restoration, the homeowner described what he found when he returned home.

"It's just a mess," he said. "Just a lot of bullet holes. He didn't tear much up in the house, he went through my kitchen and took some stuff out of the fridge. He ate some food and left popsicles all over the place."

As law enforcement officials continue their investigation, Deroo says he's happy he and his family were not injured. He said he will remain positive despite his house becoming a crime scene.

"t's just a minor inconvenience," he said. "The Army prepares you for a stressful situation so you have to be as positive as you can."