When the sheriff called in a report of a shooting at Oxford High School, the emergency staff at McLaren Oakland had to act fast.

PONTIAC, Mich. (FOX 2) - When gunshots rang out in the halls of Oxford High School, the nurses and doctors at McLaren Oakland rushed into action as their training kicked in.

Dr. Tressa Gardner is the Medical Director of McLaren Oakland in Pontiac. She took a few minutes on Thursday to explain to FOX 2's Jessica Dupnack how the emergency room responded to the mass casualty event.

Oxford High School shooting: what to know for Thursday

McLaren Oakland is 13 miles away from Oxford High School and was where most of the victims were rushed to. Dr. Gardner said their staff gave up vacation

The tragedy brought day-to-day care to a halt inside the hospital as they were unsure if they'd get two, ten, or 100 patients. But she explains you may not have seen the chaos if you were there that day.

"If you would have been here during the event, you would have noticed it's calm and quiet in the trauma bays because everybody is focused on that patient," Dr. Gardner said.

Within minutes of the final shot being fired, the hospital had received four Oxford High School students. A 14-year-old girl and a coach from the school were rushed to the location in Lapeer.

The hospital did everything it could to care for patients. But, sadly, for one there wasn't anything that could be done as Justin Shilling passed away Wednesday morning at the age of 17.

"It's awful to see the pain and know you can do nothing to fix it," Dr. Gardner said.

This takes its toll on even the most seasoned nurses and doctors but Dr. Gardner said they have to focus on the patient in front of them.

"You put it in the box put it on a shelf and go to do your job. You have to do your job and take care of that patient that is life or death," she said.

The profession is already plagued by Covid and fatigue, the frontliners are now finding glimmers of hope - particularly in one of the survivors of the shooting.

"The young lady that is here, she is a bright spot - her personality. To see her and see her smile and sit with her sister, that's a reward," Dr. Gardner said.

The ER is on edge and ready as copycat threats are called in. 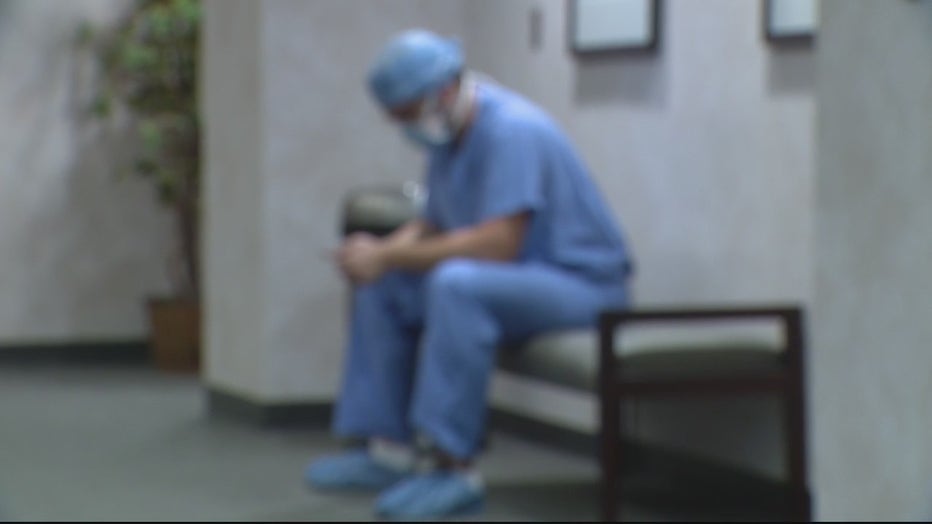