It'll be cold and snowy, but then the warm up happens

DETROIT (FOX 2) - Opening Day is officially here! The Detroit Tigers will welcome the Cleveland Indians to Comerica Park on Thursday, April 1, and, unlike last year, there will be fans in the stands.

Downtown Detroit in April won't be exactly as it was in 2019 and before but will definitely be more populated than it was in 2020.

How to watch Opening Day?

If you live in the Detroit area, you can watch the Tigers play the Indians live on FOX 2 with coverage starting at noon. You cannot, however, watch it live on our site as MLB rules prohibit us from streaming the game.

If you live outside of the Detroit area, you can also watch on the MLB app, as long as you have an account. 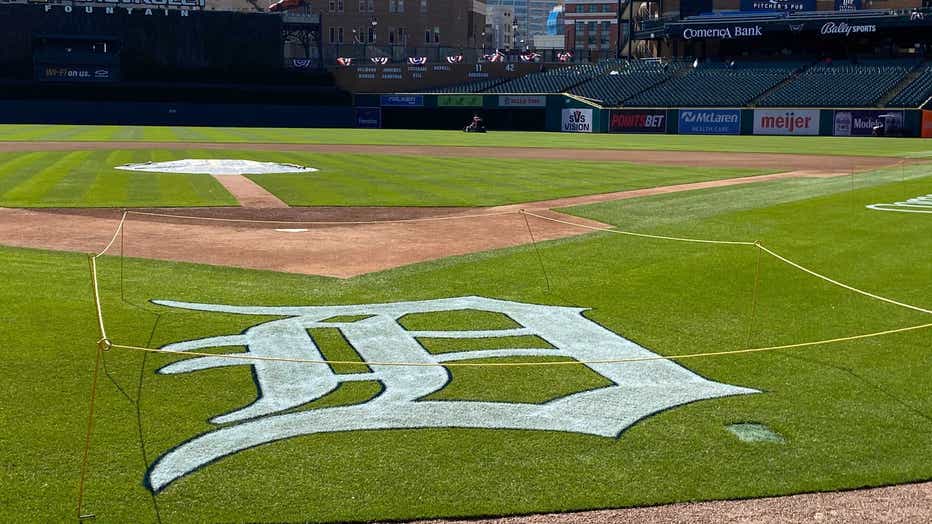 The maximum capacity of Comerica Park is typically able to hold over 41,000 baseball fans and is typically sold out on Opening Day. In 2020, MLB played an abbreviated season with no fans allowed in any stadiums until the playoffs.

This year, however, with the COVID-19 pandemic dragging on, fans will be allowed in but there will be several limitations. Under the latest epidemic order, outdoor venues can have up to 20% capacity.

That means at Comerica Park, 8,200 fans will be allowed to attend the game but must wear masks unless they're eating or drinking and must maintain 6 feet between each party.

If you're one of the fans going, you MUST download the MLB Ballpark app. There will be no paper tickets. The stadium is only scanning electronic barcodes. That means any ticket-holders will need to get the MLB BallPark App.

If you don't have a ticket, don't go downtown.

"We are asking you if you don't have a ticket to the game, please do not come into the city," said Mayor Mike Duggan. "The people in the ballpark will be socially distanced and will be safe." 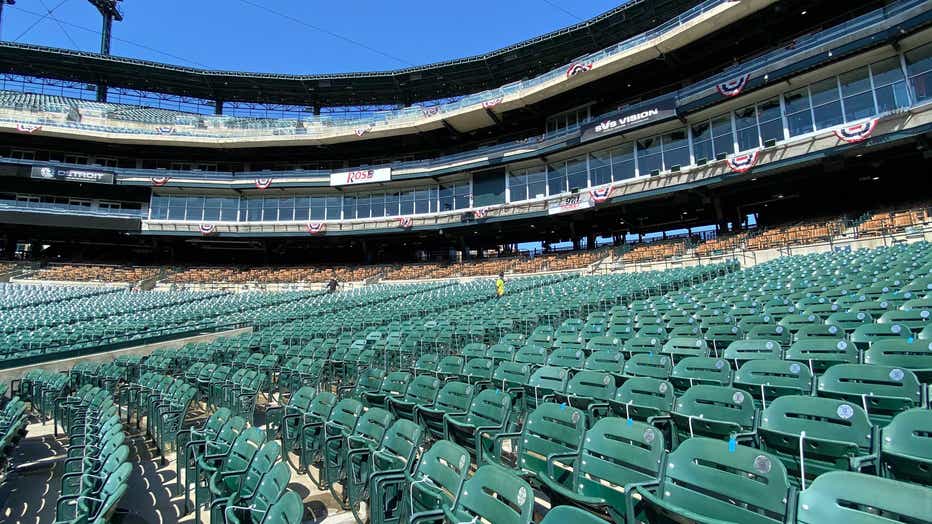 Cold. It's going to be cold.

At first pitch, it's going to be just 30 degrees and will warm all the way up to 33 by the time the 9th inning rolls around. Not exactly baseball weather.

But hey - at least the snow we saw this morning is gone.

There's some good news from the Tigers - it's Miguel Cabrera will start at first base for the first time in three years.

That's about it. The Tigers are expected to be in rebuilding mode, again, and not expected by most to attend.

However, new manager A.J. Hinch is getting another chance in the big leagues after being suspended for the abbreviated 2020 season following the Houston Astros sign-stealing scandal.

Hinch, a former Tiger in 2003, managed the Astros from September 2014 until January 2020 when he was fired. The investigation revealed that Hinch did not approve of players using a replay monitor to decode signs and even wrecked the monitor. However, he did not take any steps to stop it or explicitly tell the team that he disapproved.

The Tigers announced Hinch as the 39th manager in franchise history to take over for Ron Gardenhire who retired in September.