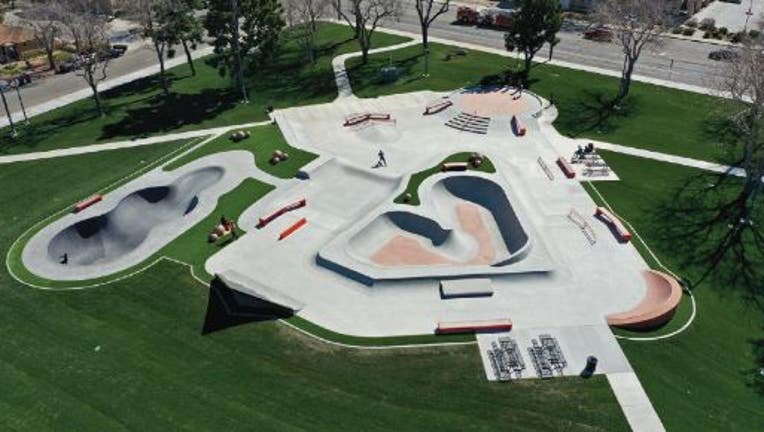 PONTIAC, Mich. (FOX 2) - Pontiac Skatepark Project is looking for help creating a skate park in the downtown area after receiving a matching grant for a $500,000 project. On June 21st, known as national Go Skate Day, a fundraising event will be held in downtown Pontiac called SK8 ART.

The project has plans to build a 10,000-square-foot skatepark costing half a million dollars.  Good news is that it was recently awarded a $250,000 grant, depending on the project being able to raise $50,000 on its own before November. The grant was made possible from the Ralph C Wilson Jr Built to Play and Skatepark Project.

The City of Pontiac has not yet committed any funds toward the matching grant, so the project is starting a grassroots effort to earn its own funds.
Starting on June 21st, artist-designed skateboard decks will be presented in the windows of local businesses throughout downtown Pontiac. These decks will be a part of a silent auction in order to raise the $50,000. An interactive art exhibit, skating area, and merchandise will accompany the auction.
Many organizations have joined in the opportunity to help young people in the area.

The project is now part of the Oakland County Sheriff’s Police Athletic League (PAL), meaning that it will be possible to further help young people.

Not only that, they're partnering with Main Street Pontiac's, Pontiac Phoenix Races STEAM program. This program typically is a chance for Pontiac students to build, decorate, and race derby cars. However, COVID-19 has prevented that from happening.

Instead, the STEAM program joined forces with Skatepark Project. They'll be trading in derby cars for teaching kids how to build their own skateboards.

Additionally, the PAL will provide skating lessons to 40 kids in Pontiac that want to participate on August 13th at 29 W. Lawrence St. in Downtown Pontiac.

To get involved or donate, go to pontiacskateparkpr.wixsite.com/skate/donate