DETROIT - A crazy scene unfolded on a freeway in west Detroit that has resulted in three people dead, including two by gunfire.

Two people were shot dead and a third was struck by a car after a freeway shooting on I-96 Monday night. The individual who was struck was listed as the suspect shooter.

Michigan State Police had the I-96 expressway closed for several hours Monday night and Tuesday morning to investigate an alleged shooting that quickly became a traffic crash as well.

State police were first called to the area of I-96 and Schaefer around 10:10 p.m. after receiving calls of two cars shooting at each other.

Police said the male driver and a female passenger in the same vehicle both died after being shot. The man was pronounced dead at the scene while the woman was transported to the hospital and later declared dead.

The suspect from a separate vehicle fled on foot, police said.

However, when the driver had jumped the median wall, he was struck by a separate non-involved vehicle and killed. The non-involved driver was not hurt. 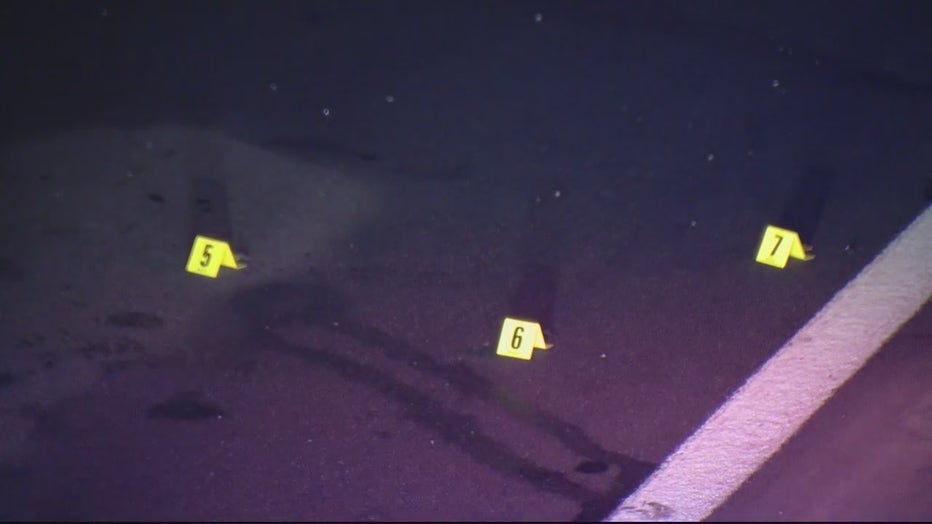 Two people were killed by gunfire while a third was struck by a vehicle not involved.

Police don't have a motive that resulted in the wild scene unfolding.

RELATED: Both sides of I-96 closed near Schaefer and Grand River for shooting investigation

Law enforcement shut the road down to canvass the scene for evidence and speak with witnesses. A press release advised drivers to avoid the area and use local lanes only.

Both eastbound and westbound lanes were reopened around 4:30 Tuesday morning. 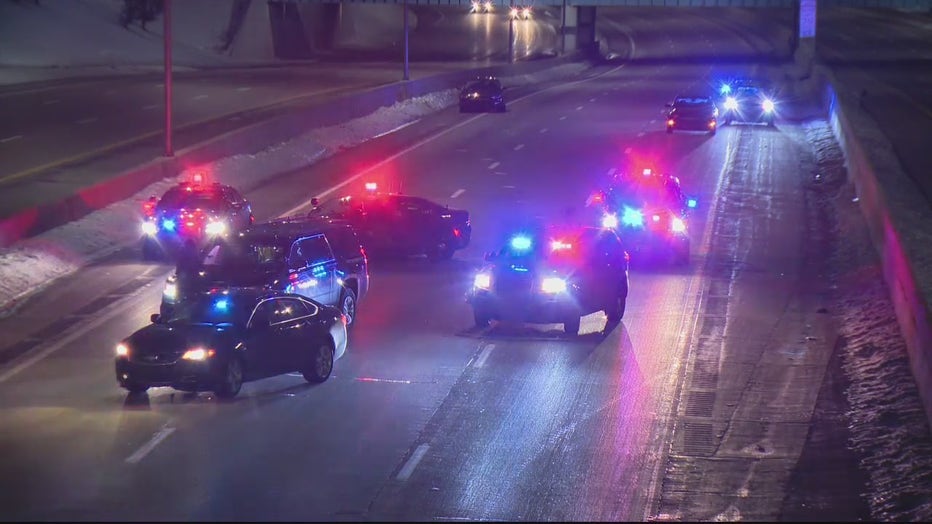