"Take that somewhere or go pay for it to get dumped somewhere it’s supposed to be dumped. don’t dump it in our neighborhood," said resident Andre Fontenot. "Do you do that in your neighborhood?"

Three men were caught on camera dumping large chunks of concrete in an overgrown lot at Peters and Beatrice in southwest Detroit on July 10.

"I pulled up on the side of him and said, 'Dude what are you doing?' (He said) 'Oh my boss told me to dump this here.' (I said) 'Your boss? This is not a dumping site right here,'" Fontenot said.

Fontenot, who has lived in the neighborhood for more than 30 years, says he was compelled to confront the men brazen enough to dump their construction debris in broad daylight.

One of the city’s newly installed dumping cameras caught everything. Fontenot also took pictures of their truck and license plate, which has since been impounded, and passed the information to Detroit police.

Fulgenzi from DPD’s Organized Crime Unit, says a warrant is already out for one of the men’s arrests. Police say they made multiple trips to the lot emptying their trailer of debris.

For years Detroiters have complained about the prevalence of illegal dumping throughout the city-some of the culprits as in this case come from surrounding areas to get rid of their trash.

"You’re not going to go into Lincoln Park, Dearborn, places like that and dump like this," said Fontenot. 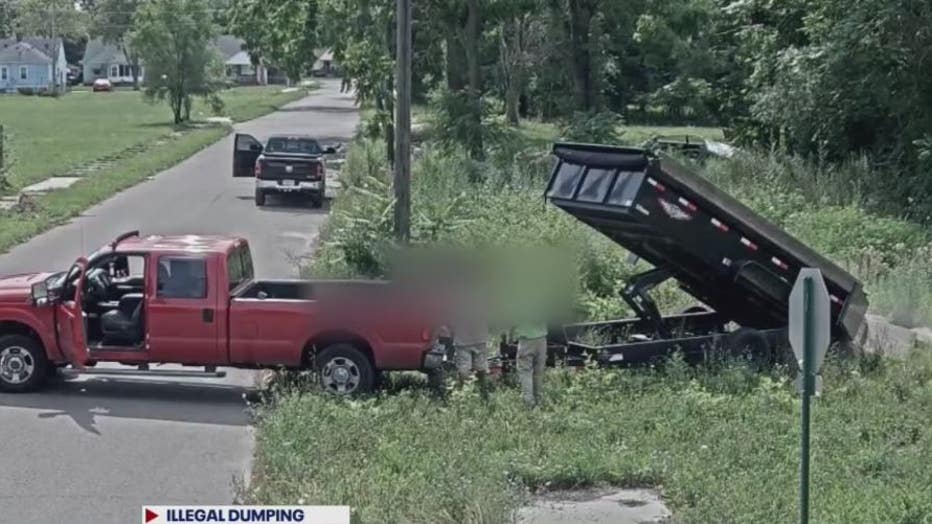 City cameras caught dumping in the act in southwest Detroit.

White says cracking down on illegal dumping is one of DPD’s top priorities.

They’re using Project Green Light as well as cameras throughout the city, to catch litterbugs.

"Don’t come over here dumping stuff because somebody is watching you," Fontenot said.