"This week, the Detroit Police Chief ran to FOX to call for my resignation. He even said he’d 'throw [me] a goodbye party.' I’m not going anywhere," the email read.

Craig's comments came after Tlaib tweeted that there should be no more policing after a Black man was shot by an officer in Minnesota who said she meant to grab her Taser.

"It wasn't an accident. Policing in our country is inherently and intentionally racist. Daunte Wright was met with aggression & violence. I am done with those who condone government funded murder. No more policing, incarceration, and militarization. It can't be reformed," she posted. 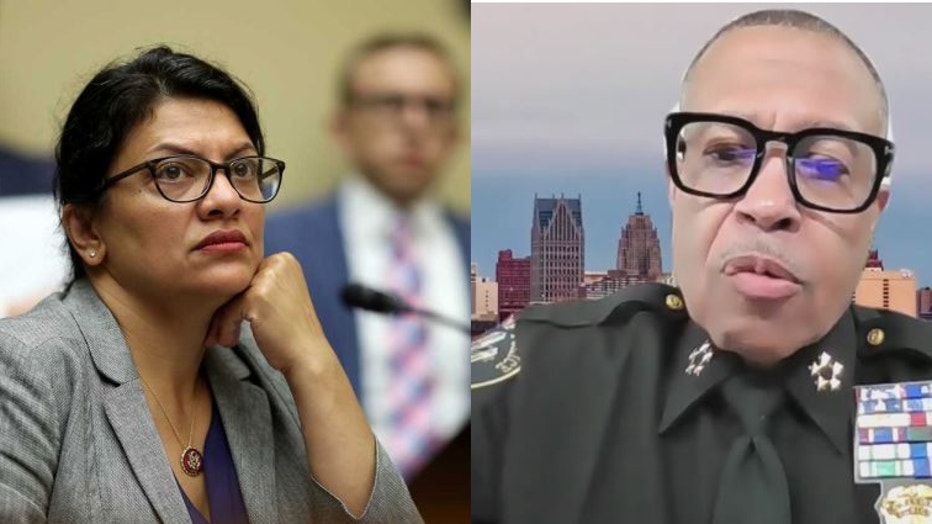 After she received backlash from numerous people, including President Joe Biden and Sen. Bernie Sanders, for the April 12 tweet, she posted more tweets clarifying what she meant on April 14.

According to Tlaib, investing more money into "police, incarceration, and criminalization" will not increase public safety. Instead, more money should be spent on resources "to tackle poverty, education inequities, and to increase job opportunities. We should be expanding the use of mental health and social work professionals to respond to disputes before they escalate."

During a Let It Rip segment Sunday morning, Craig called for Tlaib to resign.

"I'd love to see her resign, I'd throw her a goodbye party," he said.

The chief also asked who she is speaking for when she made comments about policing.

Tlaib's email Monday reiterated what she said in the tweets she used to clarify her policing comments. It also mentioned alleged instances of mistreatment of Black Lives Matter protesters at the hands of Detroit police.

"I have never shied away from speaking truth to power. That’s why I’ve repeatedly spoken out against the Detroit Police Department’s violent treatment of our residents," the email read. "Report after report cites DPD’s harmful treatment of Black Lives Matter protestors. The city even took protesters to court, in an attempt to intimidate the movement."

Tlaib also responded to Craig's question about who she represents.

"I represent the communities that are afraid to be pulled over by the police because they are scared that they could be murdered," she said. The $300 million that’s spent on DPD each year would be better spent on addressing poverty, education, and jobs in our communities. I will continue to work on policies that address systemic problems in our communities―such as banning racist facial recognition surveillance―to ensure every person feels safe and has the opportunity to thrive."