DETROIT (FOX 2) - Robert Williams was arrested last year after facial recognition matched him to a surveillance photo of someone shoplifting from the Shinola store in Detroit in 2018.

According to the lawsuit filed against Detroit police, investigators put a blurry surveillance photo of a man who stole several watches through facial recognition technology. The photo matched Williams’ license, and he was arrested at his Farmington Hills home in January 2020. 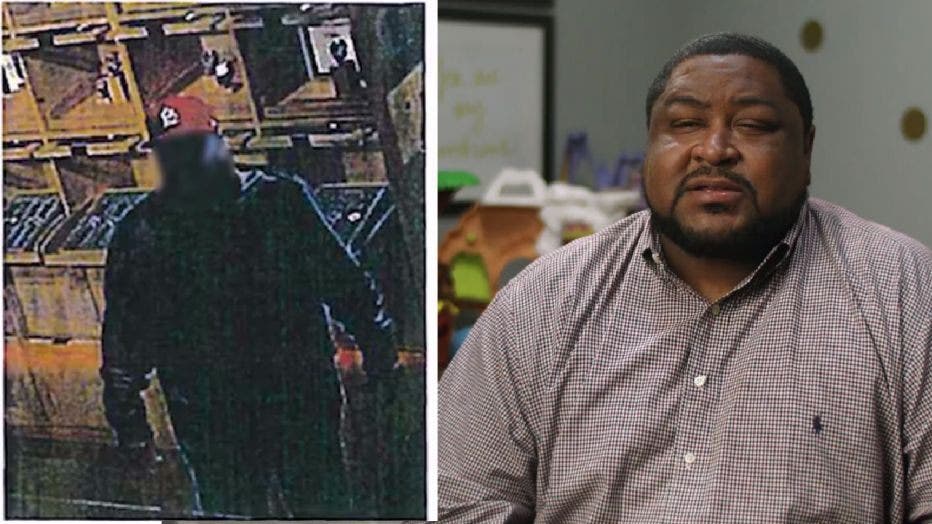 A photo of the alleged suspect wanted for theft in Detroit and Robert Williams. The ACLU said facial recognition software used by Detroit Police produced a false lead and a false arrest. (Photos via ACLU of Michigan.)

The charges against Williams were eventually dropped, but the incident led to scrutiny of the technology.

"Cities across the country have banned police from using facial recognition technology for a reason," said Jeremy Shur, a student attorney with the University of Michigan Law School’s Civil Rights Litigation Initiative, which is representing Williams. "The technology is racially biased, flawed, and easily leads to false arrests of innocent people, just like our client."

When explaining how the technology works in 2019, DPD Chief James Craig said an analyst examines all images that are matched to identify a suspect.

The American Civil Liberties Union of Michigan said six photos of potential suspects were shown to a Shinola security guard in 2019. It alleges the guard hadn’t witnessed the crime but selected Williams as the thief after looking at the surveillance image and photos DPD showed him.

"We know that facial recognition technology threatens everyone’s privacy by turning everybody into a suspect," said Phil Mayor, senior staff attorney for the ACLU. "We’ve repeatedly urged the Detroit Police Department to abandon its use of this dangerous technology, but it insists on using it anyhow. Justice requires that DPD and its officers be held accountable."

The Detroit City Council approved a contract last year to continue the use of facial technology.

According to the suit, Williams’ case is the first reported wrongful arrest due to an incorrect facial recognition match.

The lawsuit alleges that Williams’ Fourth Amendment rights were violated and his wrongful arrest is in violation of the Michigan Elliott-Larsen Civil Rights Act. It seeks damages and policy changes to stop the abuse of facial recognition technology.

"I came home from work and was arrested in my driveway in front of my wife and daughters, who watched in tears, because a computer made an error," Williams said. "This never should have happened, and I want to make sure that this painful experience never happens to anyone else."