James and Jennifer Crumbley, the parents of accused Oxford high School shooter Ethan Crumbley, want to be released from jail while their cases continue. They also want the number of victims in the cases limited to families of the four students who were killed.

This request was made in documents filed Tuesday.

The couple also wants the circuit court to limit the number of victims in the cases to the families of the four students who were killed when their son Ethan Crumbley allegedly opened fire on Nov. 30, 2021. Attorneys filed this request Monday. 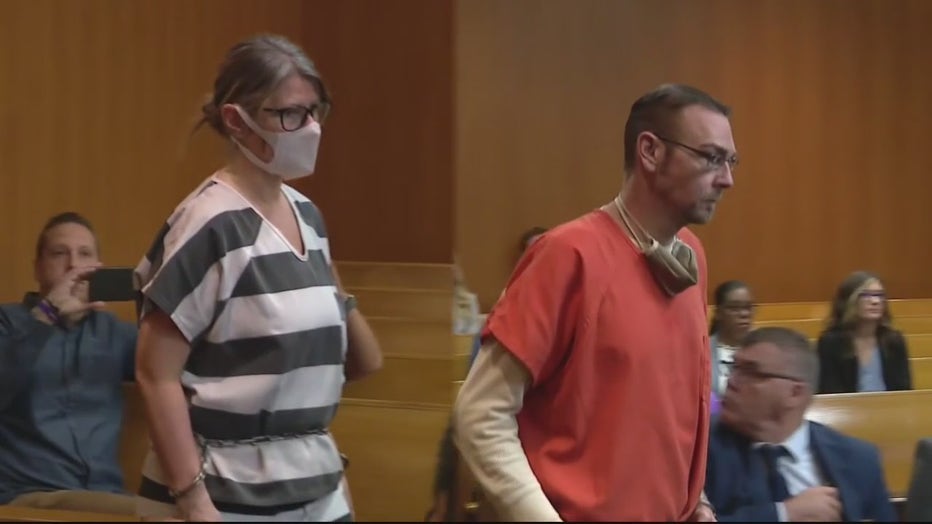 The Crumbley parents, who are both charged with involuntary manslaughter, were arrested in Detroit a few days after the shooting. They have been in jail ever since, and are being held on $500,000 bonds.

"I say they shouldn’t have went on the run," said parent Andrea Jones. "When you’re found with multiple burner phones, gift cards, you’re on the border of another country, you’re held up in a warehouse – all signs point to the fact that you were fleeing."

Jones and other Oxford parents are upset with the latest requests from the Crumbleys, calling them a slap in the face.

The motion filed Monday would limit the number of people prosecutors share case information with through the Crime Victims' Rights Act.

Prosecuting attorneys are emailing more than 1,800 email addresses in the Crumbley case each time a notice or case update is shared. If the number of victims was to be limited, they wouldn't be contacting this many people.

"I think that’s what got me the most upset, to see them portray them as the victims in the case, and yet say all the families except for four, they’re not victim enough," another parent said.

Defense lawyers say some case information has made its way to social media. Attorneys assert that the prosecution's actions are botching James and Jennifer's chance to have a fair trial.

"There can be victims in a case in which they may not even be witnesses, but they’ve been traumatized, they’ve been injured by the acts, the alleged acts, of an individual," he said. "To say that it should only be four, I’m hard-pressed to believe that you could limit the ability under the Crime Victims’ Rights Act."

The Crumbley parents also tried to have their cases dismissed over the summer, and their attorneys argue that they shouldn't be prosecuted for their son's actions.

"It’s fascinating legal arguments that are taking place throughout this case. One is the significance of this case will set the tone on a grander scale and set the issue of responsibility and understanding in families and people who have firearms in their home or allow people access to firearms," Perkins said.

James and Jennifer are accused of buying Ethan a gun and ignoring signs that he needed mental health help before the deadly school shooting.