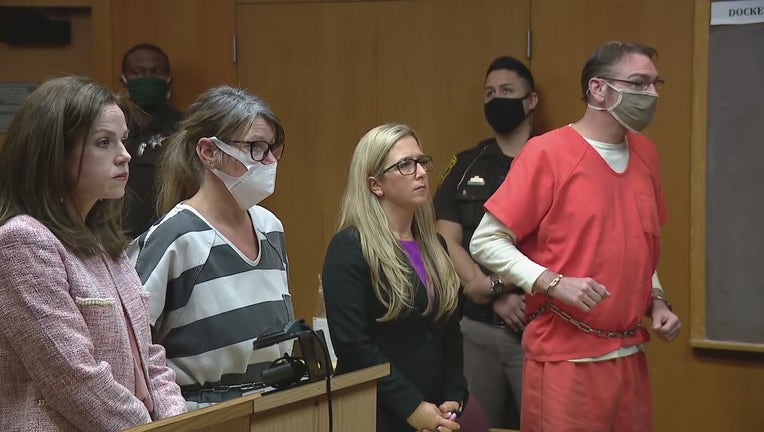 Attorneys for the Crumbleys filed motions Monday seeking to have the Michigan Court of Appeals toss the cases. Both James and Jennifer are facing involuntary manslaughter charges.

The defense for the Crumbley parents said in the filings that "the trial court erred when it upheld the District Court’s decision to bind defendants over for trial, given that the prosecution cannot, as a matter of law, meet their burden in demonstrating Mr. and Mrs. Crumbley were the cause of the victims’ deaths."

Last month, a judge ruled that Ethan's journal and text messages could be used during his parents' trials.

Judge Cheryl Matthews said the texts and writing in the journal showed that Ethan talked to his parents about his mental health, and proved that they should have been aware of his mental state.

The parents' trials are scheduled to begin Oct. 24.

Crumbley parents' trial to remain in Oakland County, other motions decided upon

James and Jennifer Crumbley, the parents of accused Oxford High School shooter Ethan Crumbley, will have their case heard in Oakland County.