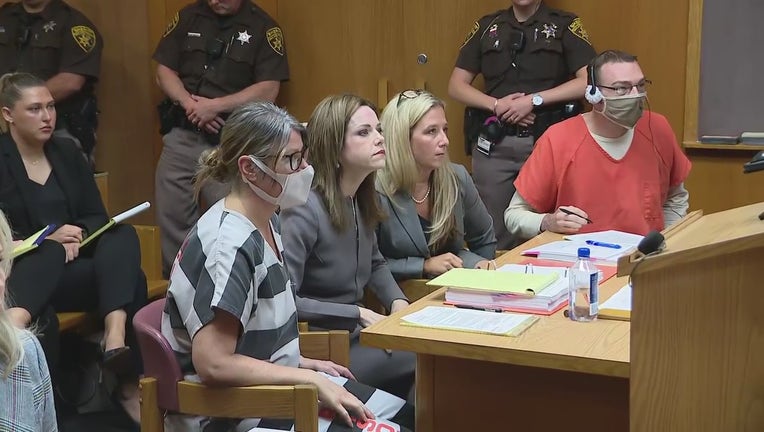 OAKLAND COUNTY, Mich. (Fox 2) - A judge declined the request to move James and Jennifer Crumbley's cases related to the Oxford High School shooting out of Oakland County while also making decisions on evidence in the case - including motions related to his journal, texts, and cell phone data.

Defense attorneys for the pair have argued that they cannot get a fair trial in the county. Judge Cheryl Matthews said that Oakland County is not a small community, so pre-trial factual media coverage isn't enough to taint the jury pool.

A judge will hear motions Monday to decide if James and Jennifer Crumbley's case related to the Oxford High School shooting should be moved out of Oakland County. The judge will also decide if prosecutors should be limited in what they can say about the case.

The attorneys also requested that the prosecutors be limited about what they can talk about related to the cases.

More: Crumbley parents' defense says prosecutor has to stop slamming them in the media

The defense has argued that Prosecutor Karen McDonald has tainted the jury pool by releasing certain details after the Nov. 30, 2021, shooting that left four Oxford High School students dead.

James and Jennifer are both charged with involuntary manslaughter. They are expected to go to trial later this year.

Since the shooting, McDonald has held several press conferences and has spoken with the media about the case. The defense wants her to stop doing this and stop releasing information that could be used as evidence in the trial. Matthews approved this and restricted both sides from releasing information.

"Any and all statements made about this case by the prosecution or by the defendants will be made solely to the court, either in chambers or on the record," Matthews said.

Some evidence tossed from trial

Matthews also addressed requests to toss some evidence from the trial.

Such evidence includes references to Joe Biden and a desire for fame, to the head of a dead bird, writings from Ethan Crumbley's journal, and questions of adultery and pot and alcohol use.

While prosecutors have discussed James and Jennifer's drinking and marijuana habits, alleged affairs, and messy home, the lawyers said they don't believe such information is relevant. McDonald argues it is.

Matthews said text messages where Ethan discussed his mental state and what he had told his parents about his mental health can be used as evidence. She also said his journal is evidence.

Additionally, the amount of time James and Jennifer spent with their horses versus with Ethan can be used as evidence.

Ethan's internet search history will be excluded from trial, as will Jennifer's alleged affair, the family's messy home, and the parents' drug and alcohol use. A Nazi coin found in Ethan's room also will be tossed from evidence.

Instagram posts made by Ethan will not be admitted as evidence, Matthews said, because there is no proof his parents knew of the posts.