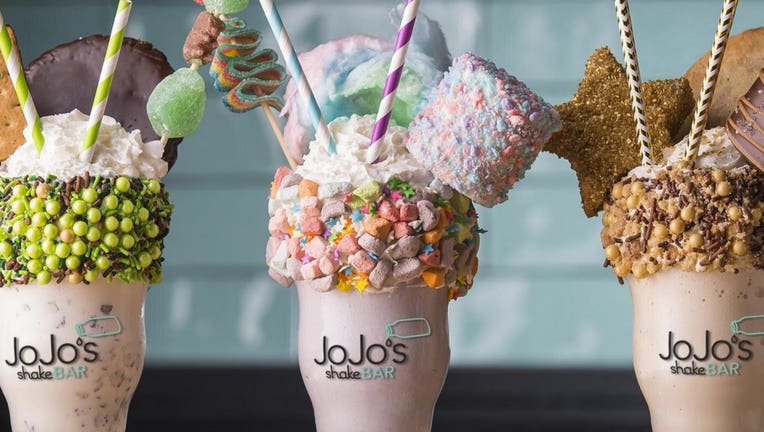 DETROIT (FOX 2) - A new restaurant with savory offerings from big shakes to big burgers as well as plenty of options to satisfy one's sweet tooth is opening in Detroit this year.

JoJo's Shake Bar, already has locations in and around Chicago will be opening their first location in Michigan this year when they kick off sales downtown. According to media reports, the new restaurant will be opening on W. Columbia Street near the Fox Theatre.

The milkshakes offered at the restaurant's shake bar are something to behold. Candy, ice cream, fruit, chocolate, toasted marshmallows, and whipped cream are just some of the toppings that can decorate the massive dessert options.

Just see for yourself here.

The restaurant stylizes itself as a source of nostalgia for children of the 80s and 90s.

This isn't the only restaurant to introduce a slice of sweetness to Detroit's food scene. Last week, a bistro called Sugar Factory opened in the city. Some of their options are equally colorful.