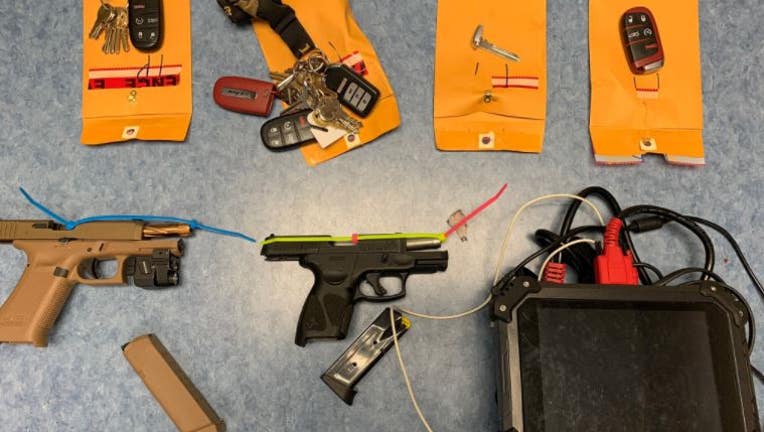 Police tried to stop the stolen 2021 Dodge Durango in the area of Jackson and Zeeb roads in Washtenaw County's Scio Township. The vehicle fled but ran off the road shortly after fleeing.

The suspects ran away but were arrested. Two of the suspects are being held on charges, while a juvenile was released to his parent. He is expected to be charged, police said.