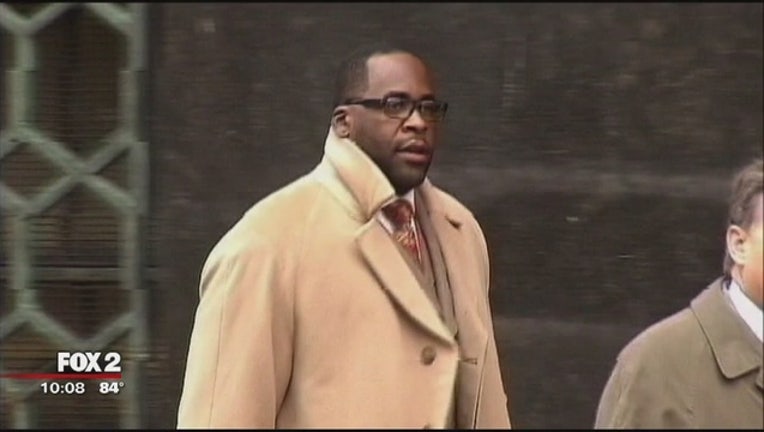 (WJBK) - For the second time in two days, disgraced ex-Detroit mayor Kwame Kilpatrick has been transferred to a new prison.

He had been housed at the Federal Correction Institute at El Reno, located about 30 miles west of Oklahoma City, and was moved to a federal detention center in Philadelphia Tuesday. Early Wednesday morning, he was transferred to a low-security federal prison for male offenders in New Jersey.

Kilpatrick was sentenced in 2013 to 28 years in prison for extortion, bribery, conspiracy and other crimes during his years in office.

It's not known why he was moved to the new location, FCI Fort Dix.

The transfer comes just days before his 48th birthday, and also amid a push from his family to get his sentence reduced. One of his sons just released a music video calling for justice for his father.

Kilpatrick first was elected mayor in 2001. He resigned in 2008 following a text-messaging sex scandal involving his chief of staff. He also was charged with lying during a civil trial and jailed.