FOX 2 - A Lansing couple vacationing in Gaitlinburg, Tennessee lost their Halloween candy due to an unexpected bear visit - and their cameras were rolling through it all.

Ben and Brittany Magsig were bringing in groceries and before they could go back and retrieve their candy, a mama bear and her cubs climbed the porch and opened the car door.

"That's the Halloween candy were were going to pass out, I am not even kidding," she said.

After the bears ran off with the candy, one of the cubs was left behind inside. The mama bear returned to the car, but couldn't open the door again.

Eventually the cub got out, but not before leaving a trail of damage inside. 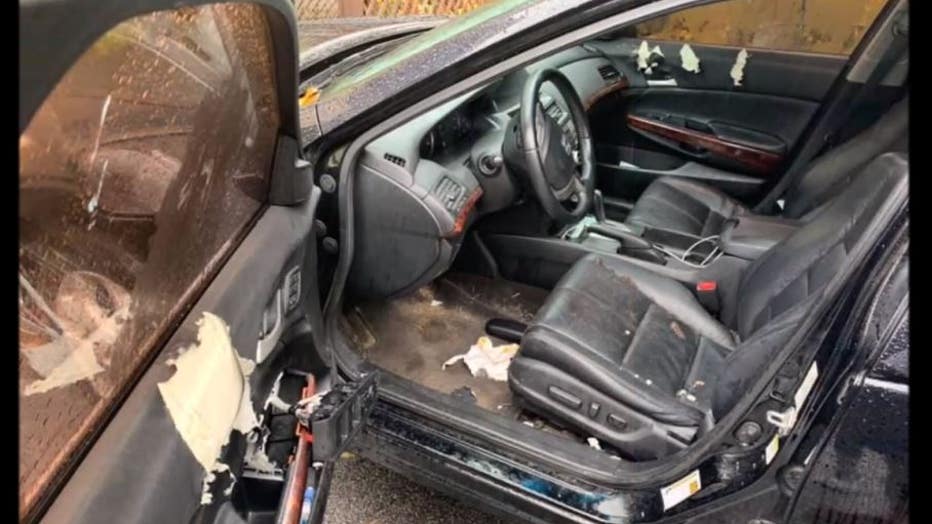