FOX 2 - When Macomb County's Candice Miller, described as the dream candidate, said she would not run for governor, the state GOP chair Ron Weiser started a furious hunt for another dream candidate and to date, the popular wisdom was, he had not found one.

The chief may be a household name in Detroit but in the rest of the state, he's a question mark.

Could Detroit Police Chief James Craig be that person? Some Republicans in this town think so but one west Michigan Republican and others like him can't say that, because they don't know who the chief is.

"I haven't had a conversation with him. I'm just excited to learn more," said Tom Albert.

Tim Skubick: "You don't know squat about him do you?"

"I know he's done a good job as the chief in Detroit," he said.

Skubick: "So people in west Michigan are not ready to say he's my guy?"

"I think they're excited for somebody."

Skubick: "Is that somebody the chief?"

"I don't know Tim. That stuff is in the Lord's hands."

Divine intervention notwithstanding, the chief may be a household name in Detroit but in the rest of the state, he's a question mark.

So his task is to raise the cash to buy the ads to boost his name identification and then survive a GOP primary which is likely.

If Craig intends to run in part on the law and order issue, being a law enforcement officer history shows is not automatically a one-way ticket to the governor's chair.

The chief's backers will argue he's not like them.  As for the Whitmer team, Lt. Governor Garlin Gilchrist does not appear concerned.

"I hope he enjoys retirement," he said.

Skubick: "He does not scare you politically?"

Gilchrist: "Oh no. I'm excited for next year."

Skubick: "You really don't care who runs or not?"

Gilchrist: "I'm only focused on my campaign."

Skubick: "He could cost you votes in Detroit." 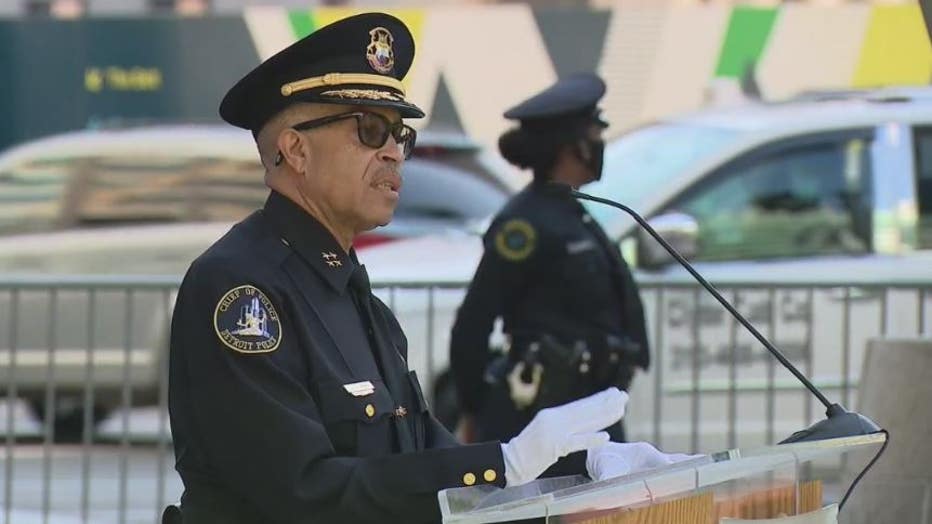 But first things first, the chief has to get through what could be a contentious GOP primary as others are likely to get in, too. in