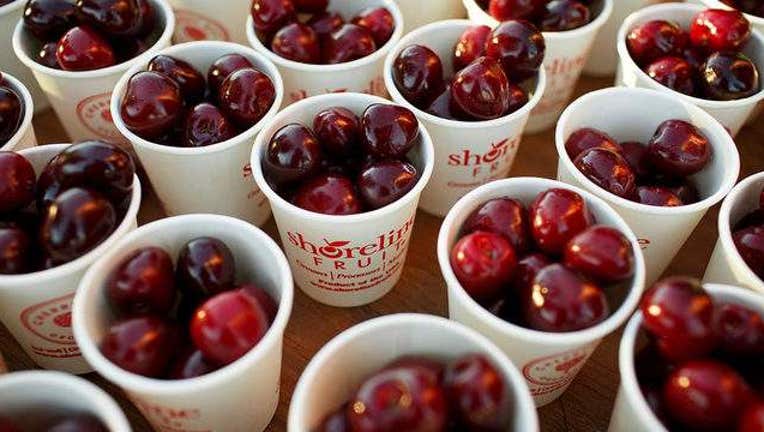 GRAND RAPIDS, Mich. - Late spring frosts have taken a bite out of the cherry harvest in parts of western Michigan, leaving some farms without any cherries at all.

Cold weather in April and May has left Moelker Orchards in Grand Rapids with no sweet or tart cherries for sale this season, and instead looking ahead to a good apple harvest in September, WOOD-TV reported.

Wells Orchards, located in Ottawa County, managed to escape the cold weather with half of its cherry population, said Scott Wells, the orchard’s co-owner.

"It’s been said that we’re one degree away from disaster and it’s probably true," he said.

Wells said that it’s usually not until around Memorial Day when he knows whether or not frosts and freezes have damaged his cherry crops, and to what extent.

He said his customers will be able to start picking cherries at his orchard next weekend.