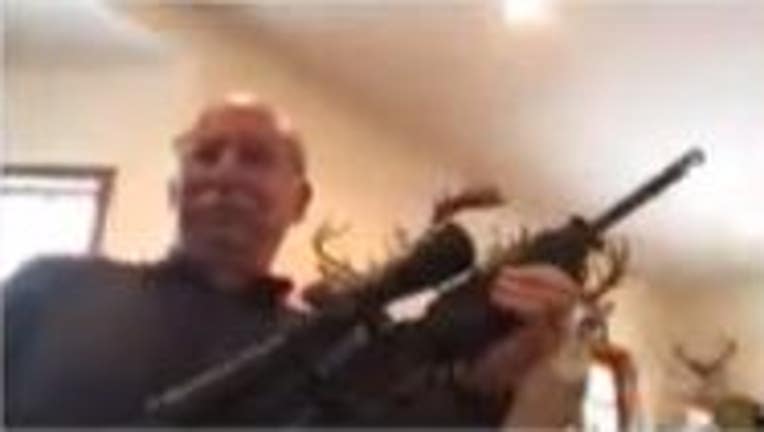 Ron Clous shows his rifle during a Grand Traverse County Board of Commissioners meeting in response to a resident's comments about the Proud Boys. (YouTube screenshot)

TRAVERSE CITY, Mich. (FOX 2) - A lawsuit has been filed against the Grand Traverse City County board commissioner after he pulled out a gun during a Zoom meeting earlier this year.

Ron Clous brandished a rifle on camera when board member Keli MacIntosh urged officials to condemn the Proud Boys during the Jan. 20 meeting, just weeks after the insurrection at the nation’s Capitol. Chairman Rob Hentschel laughed.

The federal lawsuit against Clous and Grand Traverse County alleges that the commissioner terrorized and inflicted emotional pain on 74-year-old MacIntosh, who allegedly received threatening phone calls after the incident.

She now lives in fear, the suit says.

According to the lawsuit, Clous has not apologized nor resigned, and the County Commission has not censured the behavior or moved to prevent similar actions in the future.