Rudy Najm, owner of i Pharmacy in Livonia, spent $20,000 to buy a new freezer for the Pfizer vaccine - and now he's been inundated with requests to get the shot.

LIVONIA, Mich. (FOX 2) - In just three weeks, every adult over the age of 16 will be eligible for the COVID-19 vaccine but, for now, signing up for the shot is the easy part - it's getting the jab in the arm that's hard as the demand is well exceeding the supply.

Enter i Pharmacy in Livonia. The small, independent location was so overwhelmed with the number of people trying to get a vaccine, they couldn't even make outgoing phone calls and drastic action was required.

Rud Najm is the pharmacist and owner of i Pharmacy which has been answering the phones, giving out the vaccine and even accepting flowers from grateful recipients.

"We are trying to work overnight to respond to the public," said Najm.

As the vaccines were being developed, he spent $20,000 on a freezer to keep the Pfizer vaccines cold enough and started receiving shots late last month.

Since then, 45,000 people have reached out to the pharmacy via their Facebook scheduling system. It led to some sleepless nights for Najm.

"My wife saw me overstressed the last few weeks. She said 'you know what? You can make a difference but you can’t save the world'," he said.

The inundation of requests led him to the pharmacy off of the popular Vaccine Finder website - which allows people to search for vaccines by zip code. Najm said the traffic from the site literally jammed his phone lines.

The smaller pharmacy has a different feel than the chain ones and the local operation is working to handle frustrated customers, some of whom are trying to jump the line and skirt the system.

"Lots of people do get frustrated but they have to understand until the supply issue gets resolved, we're trying the best we can," said Najm.

New shipments come in every two weeks but Najm said he doesn't how many he'll get until they arrive. 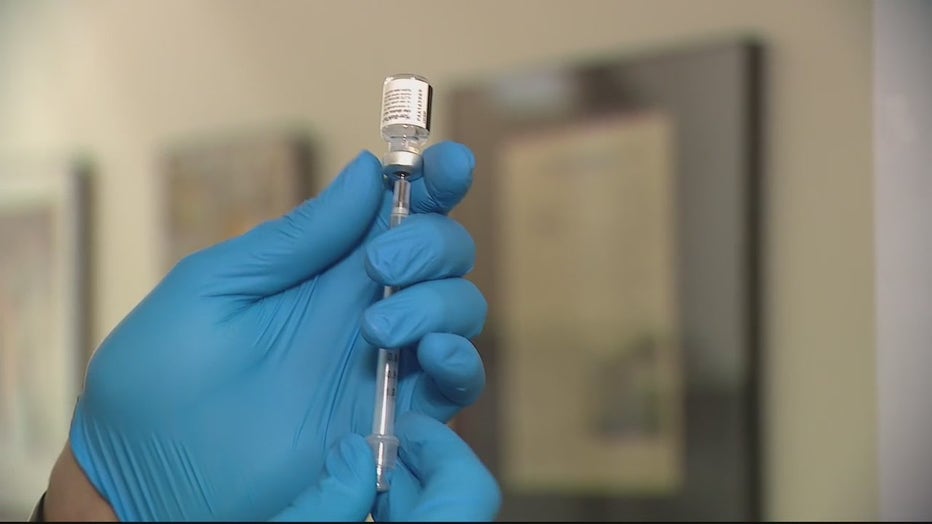 A COVID-19 vaccine is prepared at i Pharmacy in Livonia on Monday, March 15.