DETROIT (FOX 2) - Tonight Jonathan Welch is in jail without bond. He initially bonded out on Friday - then two days later prosecutors say he killed his ex-girlfriend, step-dad, and critically stabbing his mom in Harper Woods.

"This is the court's worst nightmare, worst possible scenario that could happen and that the witness has been killed after the defendant was placed on bond," King said.

After posting the $10,000 bond, Welch walked out of jail on Friday. By Sunday his ex-girlfriend Zlayiah Frazier was dead.

Prosecutors say Welch barricaded himself in his mom's Harper Woods home --  shot at police and set the house on fire. He is also accused of killing his ex-girlfriend Frazier, his step-dad Robert Bray Jr. -- and critically stabbing his mom.

"They should’ve never let him out of prison," Breonna said. "I don't have nothing else to say."

More: Suspect in Harper Woods barricaded standoff was out on bail when he killed 2 people 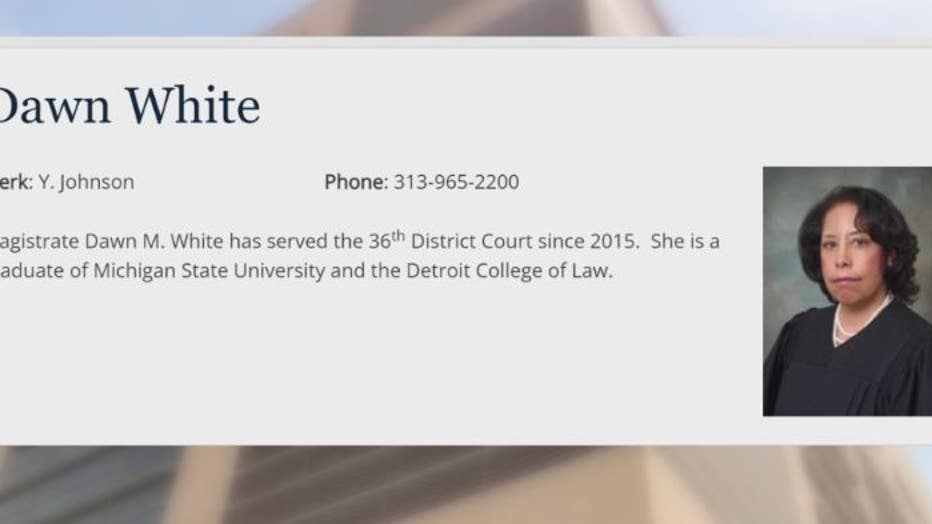 Galen says one purpose of bond is to protect the public.

"The allegations are one of the things they take into consideration," he said. "There is a number of factors that are supposed to be taken into consideration when a judge or magistrates at pond how long you’ve lived in the community future appearance in court has to be assured."

Regarding the bond initially set by the Magistrate Dawn White, Galen says it was too low.

"He's 23 years old, a timebomb. I’m not saying the magistrate or judge could’ve predicted that, but with the charges and the nature of the charges, it should’ve been apparent that society needed big protection," he said.

FOX 2 reached out to Magistrate Dawn White and will let you know when we hear back. Meanwhile, Breonna says the system failed her sister.

"It’s broken it’s definitely broken - they should’ve never let him out," she said.

The Wayne County Prosecutor's Office had the chance to appeal the bond. A spokesperson told FOX 2 in this case it wanted to wait until the preliminary exam for Welch.