FOX 2 - The Mid-American Conference men's and women's basketball tournaments will have a restricted attendance policy due to covid-19 in Cleveland.

The conference announced Tuesday that the tournaments will be closed to the general public when they tip off March 11 through March 14 at Rocket Mortgage FieldHouse.

The decision was made, "Following consultation with Ohio governmental and public health officials, and at the recommendation of Ohio Governor Mike DeWine," a statement from the conference said.

All tickets for the tournaments will be refunded as credit for next year's tournament or a refund. Ticketholders will receive an email with instructions and fans can contact their athletic departments or the arena's box office at (216) 420-2200. 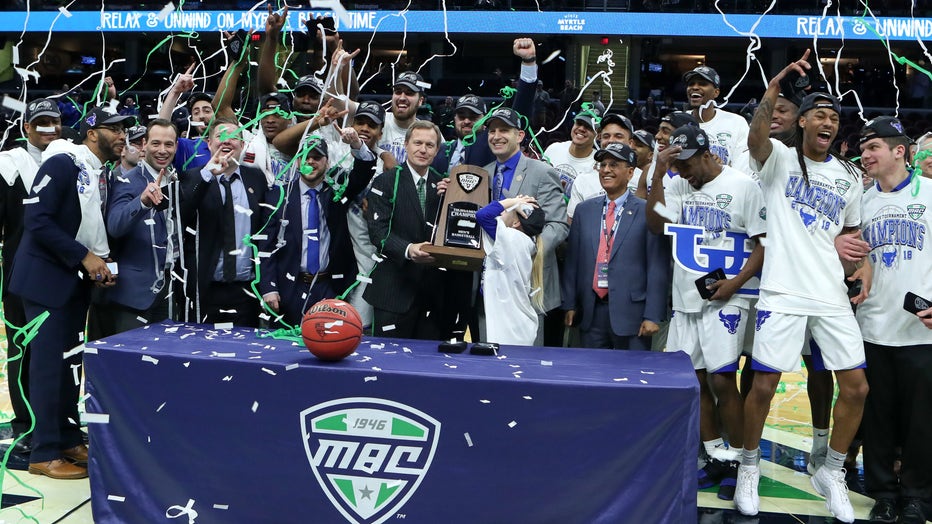 Only credentialed institutional personnel, student-athlete famly members, team party members and media will be allowed to attend the tournaments.

| MORE: MSU's Izzo willing to play in empty arenas if needed due to coronavirus

"The safety of all is our greatest concern. Since January, I have stated that any decision would follow the advice of state governmental officials and medical professionals. Following the feedback we received today we have taken this action which is in alignment with the recommendation of Governor DeWine," said MAC Commissioner Dr. John Steinbrecher.

This comes on the heels of the Ivy League recently canceling the conference basketball tournaments out of concern for covid-19.