MACOMB COUNTY, Mich. (FOX 2) - The Macomb County Prosecutor Pete Lucido is suing the county executive Mark Hackel over open job positions that he claims he isn't being allowed to fill.

"I told them I would do the best job I could possibly to clean up the prosecutor’s office from what happened in this county," Lucido said.

But he says he is unable to make some much-needed hires because assistant prosecutor jobs are not being posted.

"You would have to ask HR as well as the executive," Lucido said. "I don’t know."

He says 10 positions are at issue - six assistant prosecuting attorney slots and four support roles; a part-time intern coordinator and file clerk, as well as an executive assistant and communications director.

The board of commissioners approved the roughly $300,000 to fund those support positions, but county attorney John Schapka says doing so, would shortchange other departments. According to the charter and state constitution, it’s unclear if the county is required to spend the money appropriated for those positions.

Perkins is representing Lucido’s office in a lawsuit against Macomb County and Executive Mark Hackel.

"We want the court to make a declaratory judgment as to what the law should be, the interpretation of the law," he said. "Because there seems to be some confusion on behalf of the executive branch as to how the law should be interpreted. And hey would have the power to determine when and how Mr. Lucido, or the office of the county prosecutor, would be able to hire individuals."

Schapka says three of those positions have been posted, but it was Lucido who told HR to hold off on posting the others.

Macomb County voters elected Lucido in 2020 after Eric Smith, the former prosecutor, resigned amid criminal charges of embezzlement and misconduct in office.

Smith pleaded guilty to obstruction of justice after a federal investigation into fraud schemes he ran while in office.

Smith's guilty plea included an admission that he stole a total of $74,000 over two instances after writing checks to friends for office space and consulting work that instead was kicked back to Smith. 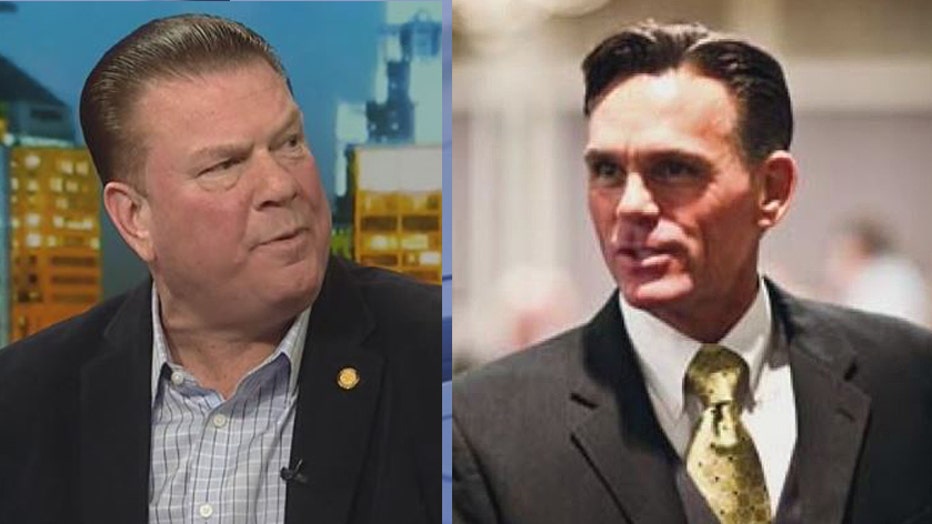