MACOMB COUNTY, Mich. (FOX 2) - Just one day after the Oakland County Health Division required masks in schools, neighboring Macomb County said they will not be taking that action.

Macomb County Executive Mark Hackel said in a video on Tuesday that the county will not follow suit with Oakland County on a mask mandate for kids in schools. Instead, he said the decision is left up to each Independent School District (ISD).

"Here in Macomb County, we have been working - almost daily - with our schools, the ISDs, superintendents trying to get our understanding of where the boards are at," Hackel said.

The county executive acknowledged that this is a divisive issue and a hot debate but it's left up to each district to make the decision of whether to mandate masks or not.

He said he understands that people may question the lack of a mandate and argue that if the CDC recommends it, it should be required. He indicated that could be a slippery slope for other recommendations.

"The CDC also recommends that children 12 years of age and older get vaccinated so why wouldn't you then enforce that mandate, if you're going to enforce the mask mandate?" he asked.

Hackel said the county has been flooded with emails on both sides of the issue and that it was unfortunate that the state has not stepped in to issue the mandate. He questioned if the state is less concerned about the spread of COVID-19 now than they were a year ago.

"By not stepping in, it is one of those telling features. Makes you wonder - is it something they're not as concerned about?" he said.

In the end, Hackel said it comes down to personal responsibility and that parents have the right to choose whether to send your children to school with or without a mask.

Oakland County joined Kent and Genesee Counties in the requirement for all students, faculty, and staff to wear masks indoors in schools.

Throughout the summer, school board meetings were filled with the shouts of parents debating the rules. At some school districts, like in Grosse Pointe, parents offered their opinions for hours.

In one instance, a man at a debate in Birmingham caused an uproar after showing a Nazi salute.

The  Macomb County Intermediate School District said, "We have a number of our districts that are choosing to require mask wearing while the majority are not at this time. We continue to work closely with our health department and all of our school districts’ leadership to monitor and be prepared to revisit and make changes as needed." 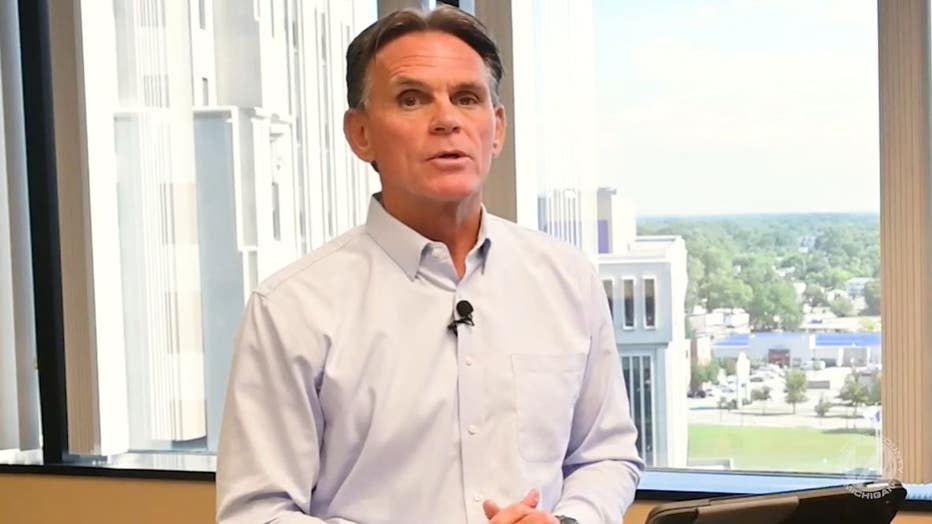 Mark Hackel said the county will not issue a mask mandate for schools.