People's use of disposable wipes has increased during the pandemic, and that's creating a mess for Macomb and Oakland County's sewer systems. 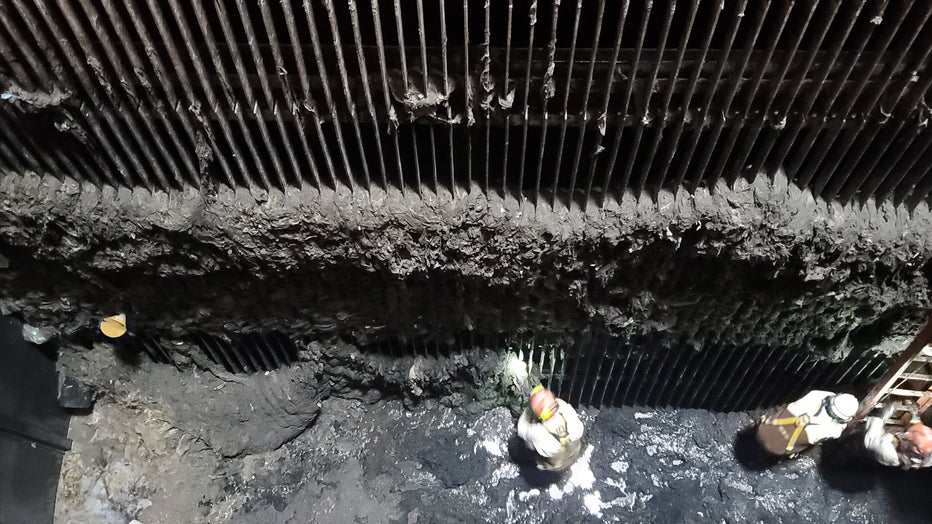 The overall effort including the cleaning of the wet well took more than six weeks at an estimated cost of $450,000 (Courtesy of Macomb County Public Works)

Disposable wipes ending up in sewer pipes and pump stations have continually been a problem for the Metro Detroit area, with trash accumulating to the point that expensive removals of debris.

But the debris piling up is getting larger and the removals are getting more expensive, Macomb County's public works commissioner said.

We are seeing an uptick of issues specifically at the Oakland-Macomb Interceptor sewer system and pumping station," said Jim Nash, the Oakland County water resources commissioner said. "It is taking crews longer than expected to clean the systems due to the build-up of ‘flushable’ wipes."

Many may remember the Macomb County "Fatberg" that was removed in 2018. It got so famous it was put on display at the Michigan Science Center - both as an exhibit in sewage system maintenance and a monument to the improper trash disposal people use in the area. 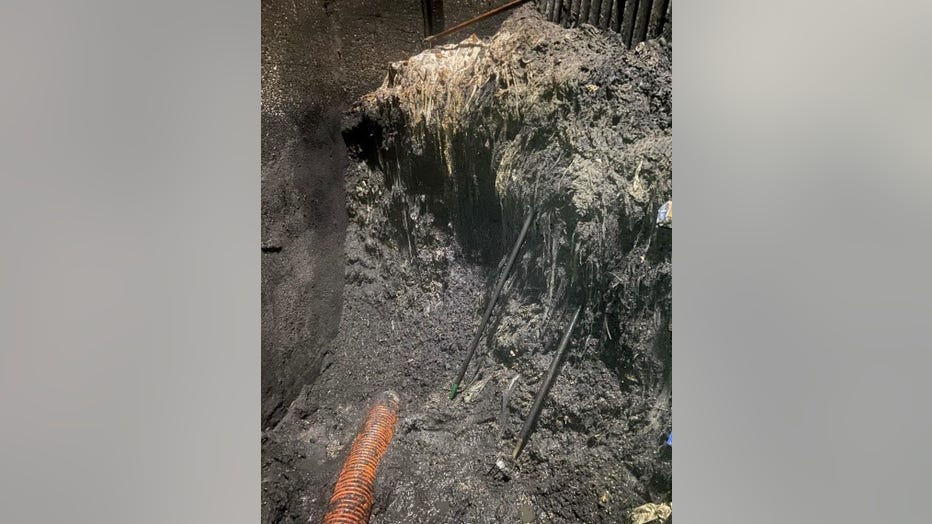 Globs of disposable wipes and other debris raked from higher sections of the giant bar screen at the Northeast Sewage Pumping Station. (Macomb County Public Works)

In a statement released from both counties Thursday, the massive pileup is due to more people working and attending school from home. Approximately 1,000 pounds of wipes were flushed down toilets every week at a Clinton Township pumping station before the pandemic.

But after the stay-home order came, the average number of pounds of wipes increased to 4,000 a week.

The Great Lakes Water Authority, which manages much of the drainage and water infrastructure in Metro Detroit created an award-winning video that explains the effects that wipes have on the sewer system. You can watch it below.