(FOX 2) - A carjacking suspect was arrested after stealing the car then crashing into the front of a house in Royal Oak.

Police say a 29-year-old Eastpointe man carjacked a woman on Thursday at the Mobil Gas Station located at 31001 Woodward Avenue.

Officials say the man reportedly stole a red Honda CRV from a woman along with her phone and took off. As officers were on their way to the gas station, there were multiple 911 calls about a car crashing into a house. 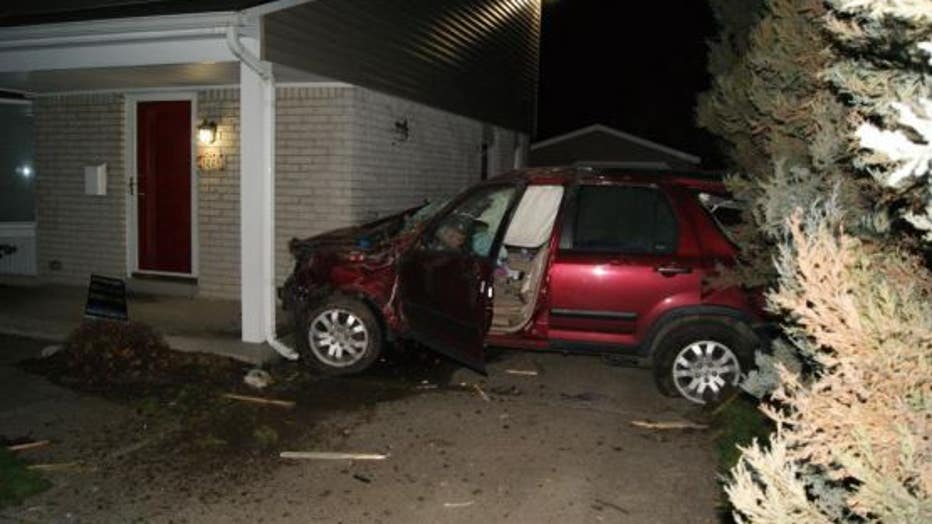 Police arrived to find the stolen vehicle hit a telephone pole, wooden fence and crashed into the house on Ferncliff and 13 Mile. The homeowners were in the house at the time but were not hurt.

Witnesses say the suspect fled again and headed southbound on Ferncliff on foot. Officers set up a perimeter and used K-9s until getting a call from the clerk of the Exxon Gas Station on 13 Mile.

The clerk told police that a man was in the store saying he'd been assaulted. An officer arrived and identified him as the carjacking suspect, taking him into custody.

He was taken to the hospital to be treated for injuries suffered in the crash.