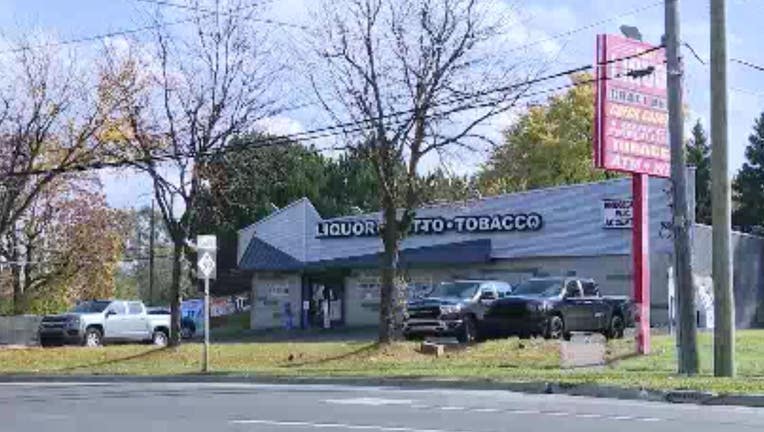 PONTIAC, Mich. (FOX 2) - Authorities are investigating a fight that led to a deadly shooting at a party store in Pontiac Thursday night.

The shooting happened just before 11 p.m. at Huron Liquor Store at 140 East Huron Street. A 34-year-old man was shot and killed and a 26-year-old man is in custody right now.

The Oakland County Sheriff's Department says they were called to the store after someone had been shot. They found a man lying in the aisle of the store who had been shot twice. The man was taken to the hospital and died Friday morning.

After reviewing surveillance video, authorities learned the suspect was paying at the store when the victim walked in and started punching him repeatedly. The two began to fight.

Authorities say the fight then moved out of the frame of the camera, and that the suspect was eventually seen paying for his items and leaving the store.

Then later that night, a woman called 911 and said her son had been attacked at the store and that he shot the person who attacked him. Deputies went to the home and took the suspect into custody, who we're told has a valid CPL.

The shooting is under investigation still as it's being determined if the shooting was self-defense.

Authorities aren't releasing the surveillance video as the investigation is ongoing.