DETROIT (FOX 2) - Detroit police have not identified the man murdered earlier Monday - and now they are working to find his killer.

Police have not identified the man murdered earlier Monday - and now they are working to find his killer.

"So the guy got shot, made it to the backyard of a lady’s house and died in open daylight," said Willie Starr.

Evidence markers dotted the street where a man was gunned down Monday afternoon. It happened behind a home at Bassett and Francis in southwest Detroit.

People who live there are unnerved.

"This is nonsense man, this is nonsense," said Orlando Corbin. "It don’t make sense. It’s frustrating it’s scary. You just don’t know who or where, or what is going on. There’s no value for anybody’s life."

The shooting in southwest Detroit is one of the latest acts of violence in the city.

Someone opened fire at a candlelight vigil at McNichols and Asbury Park on Sunday night. It happened where roughly a hundred people gathered in memory of a man who died in an ATV crash.

Just minutes before that, there was another shooting at the La Sierra Bar on the 5400 block of Chopin near McGraw and Livernois.

Police have not yet publicly identified the victim in Monday’s shooting, but they are in contact with the man’s family.

The gunplay is hitting close to home for residents here in more ways than one. 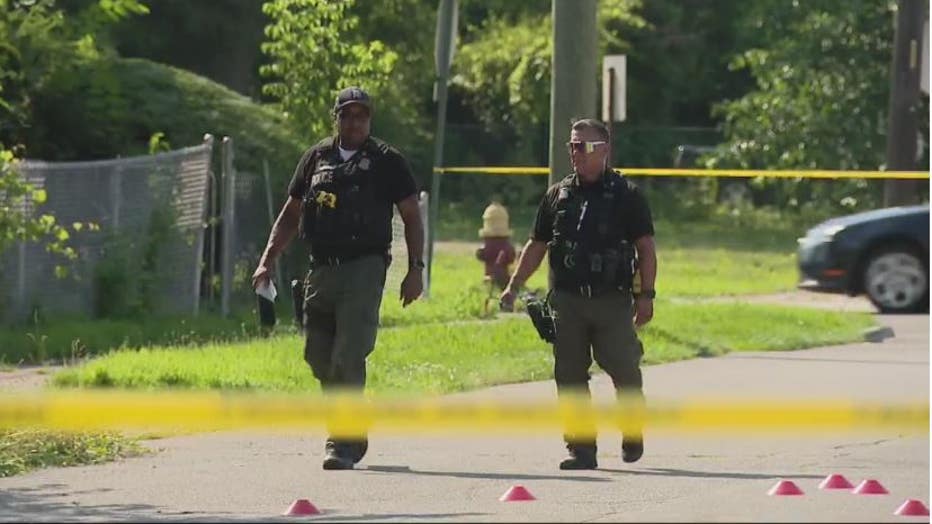 Detroit police officers walk amongst evidence markers of a fatal shooting at Bassett and Francis.

"We want to see this stuff stop - I mean stop," said Corbin. "This is the second one in this area here. They had a vigil last year and my niece got killed down there. It’s like all of a sudden it just took a turn for the worst."

Police still actively investigating that murder in southwest Detroit. They are asking anyone with information about the shooting to come forward. You can call Crime Stoppers at 1-800-SPEAK-UP and remain anonymous.