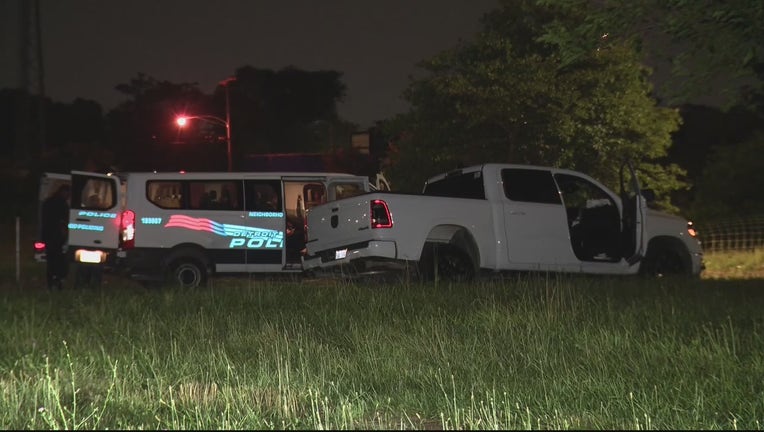 DETROIT (FOX 2) - Police are investigating after a man was found dead Monday night in a crashed pickup truck along the I-96 Service Drive near Braile in Detroit.

The man had a wound to his abdomen.

Witnesses reported hearing gunshots in the area. Police said there is no indication that the 39-year-old driver was shot from outside the truck

"We think he was trying to flee. He had some sort of altercation. There's blood on both the driver and the passenger side of the vehicle, so we're fairly certain there was another person in the vehicle with him," DPD Capt. Michael Dicicco said.

Police said both airbags deployed in the crash, another sign someone else was likely in the truck when it crashed.

"There was a great deal of marijuana and money in the vehicle also," Dicicco said.