Detroit police found a man slumped over the wheel of his car, shot dead, right in front of his house at Outer Drive near Meyers early this morning.

DETROIT (FOX 2) - Detroit police found a man slumped over the wheel of his car, shot dead, right in front of his house at Outer Drive near Meyers.

The victim was identified as 55-year-old Karl Lockridge - known to many as "Lock" and didn't seem to bother anybody, loved ones said.

"He was nice to everybody, he didn't do anything to anybody," said Veronica Griffen, his cousin. "I don't know what happened. I love him to death.  He has a very big family; we're all out here."

Detroit police say that at 6:30 a.m. Thursday, Lock was pulling out of his driveway when a homeowner heard shots- and then saw Lock's Mercedes in the middle of Outer Drive.

"My cousin was backing out the driveway on his way to work when someone shot him in the back of the head," Griffen said.

FOX 2: "You couldn't think of anybody that would want to do this to him, could you?"

Lock was a long-time employee for the Wayne County Road Commission.   And as the morning went on, more family and more friends gathered in front of his home.

"This needs to go on a deep investigation here," said Griffen.

It appears Karl's son, with the same name, was charged with shooting two people in Lansing in November 2021.  That Karl Lockridge is in custody.

"He had a few problems with his family, and stuff like that," said Calvin Maddox, his cousin. "But I'm not saying that somebody in his family had something to do with it, but the man didn't bother anybody."

Detroit police are not confirming the two incidents are connected -  they are no suspects at this time. 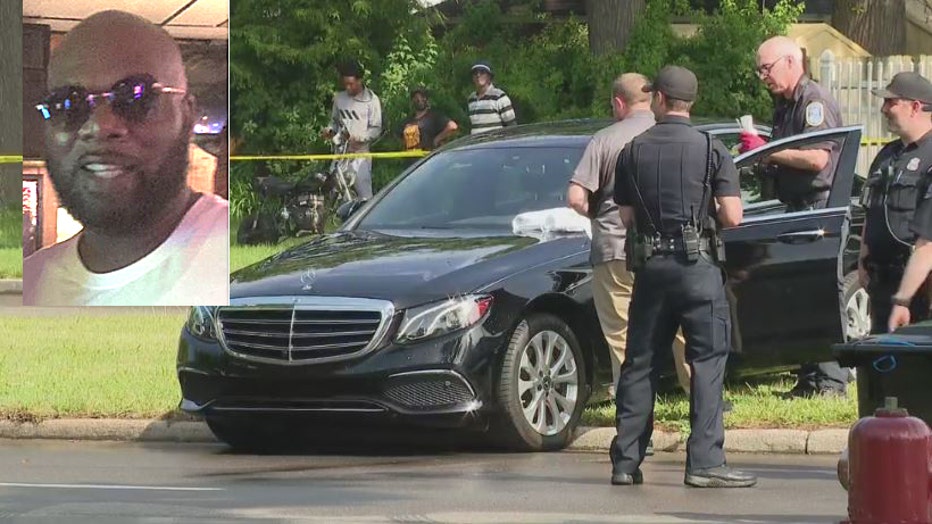